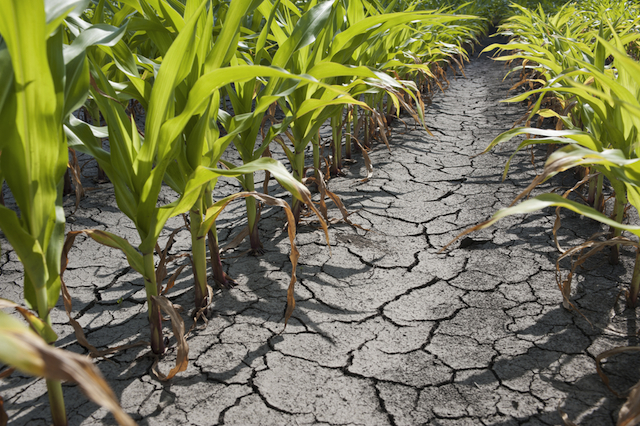 Imagine you’re a policy maker in a large country in an era of increasing climate instability—more floods and droughts, driven by steadily increasing average temperatures. And say the policy you make largely dictated the way your country’s farmers grow their crops. Wouldn’t you push for a robust, climate change-ready agriculture—one that stores carbon in the soil, helping stabilize the climate while also making farms more resilient to weather extremes?

There’s no real mystery about how to achieve these goals. I profiled a farmer last year named David Brandt who’s doing just that with a few highly imitable techniques (spoiler: crop rotation and cover crops), right in the middle of Big Corn country. This peer-reviewed 2012 Iowa State University study tells a similar tale. The question is, how to turn farmers like Brandt from outliers into to trendsetters—from the exception to the rule. The obvious lever would be the farm bill, that twice-a-decade omnibus legislation that shapes the decisions of millions of farmers nationwide, while also funding our major food-aid program, the Supplemental Nutrition Assistance Program (SNAP), which used to be called food stamps.

Well, after more than a year of heated debate, Congress has finally cobbled together a new farm bill, one likely to be signed into law soon by President Obama. Unfortunately, the great bulk of that debate didn’t focus how to steer the country’s agriculture through the trying times ahead. Instead, it concerned how much to cut food aid for poor people. The Democrats wanted relatively minor cuts; the Republicans, animated by the tea party wing, wanted draconian ones. The (relatively) good news: the new bill will cut SNAP by $9 billion over the next decade, vs. the $40 billion demanded by austerity-obsessed GOP backbenchers. My colleague Erika Eichelberger has more on this sad business of pinching food aid at a time of record poverty.

The unmitigated bad news is that on farm policy, Congress delivered a thinly veiled repackaging of agribusiness as usual. Yes, the bill axes the $5 billion in “direct payments” now allotted annually to farmers of commodity crops like corn and soybeans. But it replaces that system with a highly subsidized insurance scheme that amounts to a very similar thing in new packaging. As I explained in a 2012 post about a previous farm bill version with essentially the same “reform” baked into it, the insurance scheme preserves the current incentive structure of large-scale US agriculture, which is to grow as much corn and soybeans as possible, full stop. That’s great for the corporations that supply inputs to industrial-scale farmers—seed and pesticide companies like Monsanto, DuPont, and Dow. The consequences include ongoing vulnerability to floods and droughts, plus aquatic “dead zones” and fouled drinking water caused by fertilizer runoff from fields, and more.

Meanwhile, the conservation programs that mitigate these problems—funded at pennies on the dollar compared to the insurance scheme—got slashed by $6.1 billion over the next 10 years, says Ferd Hoefner, the policy director of the Washington-based National Sustainable Agriculture Coalition and a veteran of farm bill fights starting in the ’70s. Hoefner noted that the cut more than offset the increases in conservation funding delivered by the 2008 farm bill—and marks the first decrease in conservation funding since Congress first started funding these programs back in 1985.

One major target of the cuts, Hoefner said, is the Conservation Security Program, which pays farmers to change their practices along the lines of my man in Ohio, David Brandt: stuff like adding winter-season cover crops and diversifying rotations beyond just corn and soy. When the CSP first emerged in the 1985 farm bill, Hoefner said, sustainable ag advocates hoped it would replace the subsidy system—that “farmers would go from being subsidized to overproduce basic commodities to getting paid for green practices,” along the lines of Europe’s green-payment system for farming.

Instead, the CSP has lurched along at the margins of US farm policy. The 2008 farm bill included funding to enroll 12.8 million acres per year in the CSP—compared to a small slice of the 170 million acres devoted to the corn-soy duopoly that dominates the US heartland. Under the new farm bill, the CSP’s coverage will be slashed to 10 million acres. This, even though there’s a “huge pent-up demand for CSP,” Hoefner said. “Every time CSP comes open for enrollment, there are two times as many acres trying to get into the program as there are acres available.”

Overall, “we’re really backtracking” on conservation funding, even as the goodies for scorched-earth ag keep coming, Hoefner said. That’s no way to prepare our nation’s farmland for the climate challenges that await.