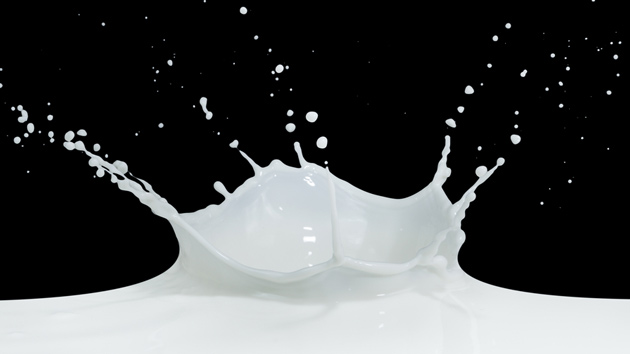 Update (8/25/2014): The original version of this post claimed several dairy and dairy alternative products* contained nano-particles, based on the Project on Emerging Nanotechnologies (PEN)’s inventory of nanotech products. PEN has since removed all of those products from its database, claiming that the 2012 journal article on which their conclusion was based had not conclusively shown that the products contain significant amounts of nano-particles. The researchers found that 36 percent of the particles in food-grade titanium dioxide are nano-sized; and then tested a variety of products for  titanium dioxide and found it in dozens of products, including the ones originally listed in this post. However, the study did not directly establish that the products in question contain nano-sized titanium dioxide. We have removed the brand names from this post to reflect the Project on Emerging Nanotechnologies’s revised inventory.

The rapid emergence of nanotechnology suggests that size does, indeed, matter. It turns out that if you break common substances like silver and nickel into really, really tiny particles—measured in nanometers, which are billionths of a meter—they behave in radically different ways. For example, regular silver, the stuff of fancy tableware, doesn’t have any obvious place in sock production. But nano-size silver particles apparently do. According to boosters, when embedded in the fabric of socks, microscopic silver particles are “strongly antibacterial to a wide range of pathogens, absorb sweat, and by killing bacteria help eliminate unpleasant foot odor.” (By most definitions, a particle qualifies as “nano” when it’s 100 nanometers wide or less. By contrast, a human hair clocks in at about 80,000 nanometers in diameter.)

According to the Project on Emerging Nanotechnologies (PEN)—a joint venture of Virginia Tech and the Wilson Center—there are more than 1,500 nanotechnology-based consumer products on the market today.

All of which raises the question of safety. Radically miniaturized particles are attractive to the food and textile industries for their novel properties. Nano-size titanium dioxide, for example, is used as a color enhancer—it makes white foods like yogurt and soy milk whiter, and brightens dark products like chocolate. But what unintended effects might it have?

That’s where the nano story gets murky. Remarkably, the US Food and Drug Administration, which oversees the safety of the food supply, both 1) acknowledges that nanoparticles pose risks that are substantially different from those of their regular-sized counterparts, and 2) has done nothing to slow down their rapid move into the food supply.

Back in 2012, the FDA released a draft, pending public comment, of a proposed new framework for bringing nano materials into food. The document reveals plenty of reason for concern. For example: “so-called nano-engineered food substances can have significantly altered bioavailability and may, therefore, raise new safety issues that have not been seen in their traditionally manufactured counterparts.” The report went on to note that “particle size, surface area, aggregation/agglomeration, or shape may impact absorption, distribution, metabolism and excretion (ADME) and potentially the safety of the nano-engineered food substance.”

What FDA is saying here is obvious: If nanoparticles didn’t behave differently, the industry wouldn’t be using them in the first place.

So what’s the remedy? Rather than require rigorous safety studies before companies can lace food with nanoparticles, the FDA’s policy draft proposes “nonbinding recommendations” for such research. Even that rather porous safety net doesn’t yet exist—the agency still hasn’t implemented the draft proposal it released more than two years ago.

Meanwhile, according to the Friends of the Earth report, nano-laced food products are “entering the market at a rate of three to four per week.”  And there’s real evidence that the small stuff poses significantly higher health risks. For example, in 2011, the National Institute for Occupational Safety and Health (NIOSH) looked at the lung cancer risk faced by workers exposed to air containing various forms of titanium dioxide dust. The agency recommended sharply lower exposure limits for titanium dioxide in its nano form—the stuff they’re putting in yogurt and soy milk—reflecting “greater concern for the potential carcinogenicity” of the nano particles, because “as particle size decreases, the surface area increases (for equal mass), and the tumor potency increases per mass unit of dose.”

Of course, breathing in nano-size titanium dioxide isn’t the same as ingesting it in yogurt. But making stuff really tiny changes the way it behaves in our bodies—and the FDA should respond to its own concerns by making the food industry sweat the safety of the small stuff, before they feed it to us.

*Clarification: This list originally included Dannon Plain Greek Yogurt. On June 5, a spokesperson for Dannon contacted me to dispute the claim that its Greek yogurt contains titanium dioxide: “We make Dannon plain yogurt with only yogurt cultures and nonfat milk. We don’t use any ingredients in Dannon plain yogurt that contain titanium dioxide. In the event we use an added color in our products we label it as an added ingredient.” My source was the Project on Emerging Nanotechnologies (PEN)—a joint venture of Virginia Tech and the Wilson Center—which keeps an “inventory of nanotechnology-based consumer products introduced on the market,” which had listed Dannon’s Plain Greek Yogurt. PEN’s source, in turn, is a 2012 paper called “Titanium Dioxide Nanoparticles in Food and Personal Care Products,” by researchers led by Arizona State University’s Paul Westerhoff, which found trace amounts of Titanium Dioxide in the Dannon product.