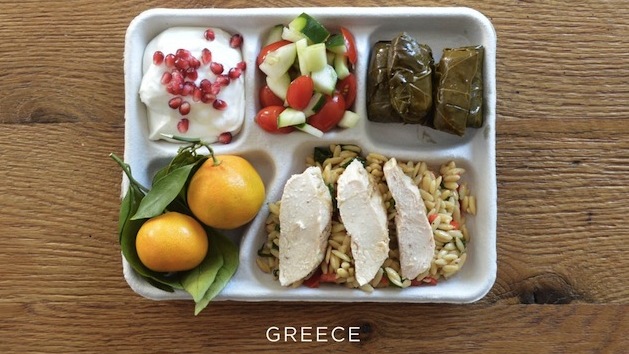 This depiction of a school lunch in Greece looks delicious, but it's not based in reality. Photo: Sweetgreen

By now you’ve probably seen the viral slideshow called “School Lunches Around the World,” in which a heavily processed American school lunch is contrasted against an array of fresh, healthy-looking victuals from Italy, France, Greece, etc. It’s a compelling argument against the puny resources spent on school lunch in the United States, where, once labor and overhead are accounted for, schools get less than a dollar per daily lunch to spend on ingredients.

But as the great school-food blogger Bettina Elias Siegel points out, those sumptuous photos don’t depict actual meals being served in actual schools—but, rather, staged shots that oversimplify a complex topic. As it turns out, Sweetgreen, a chain of health-food eateries located mainly on the East Coast, produced the photos, but didn’t make that clear on its Tumblr.

In case you haven’t seen them, here’s a sampling: 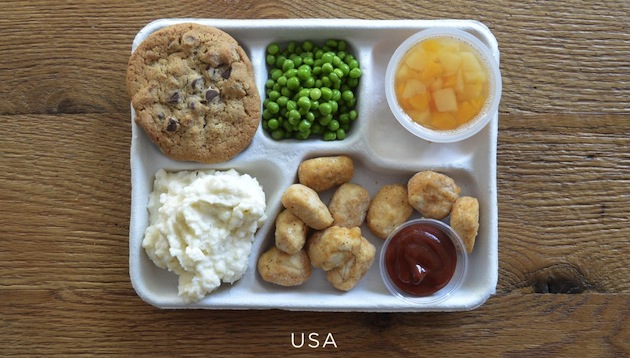 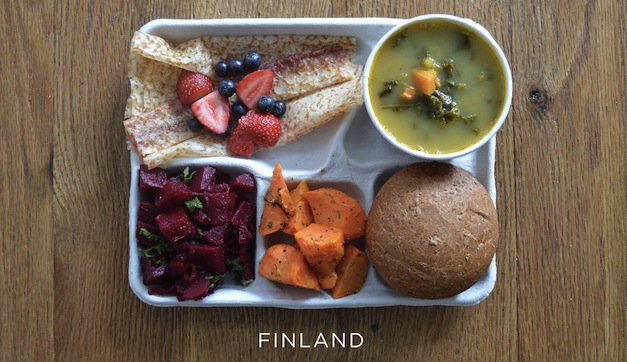 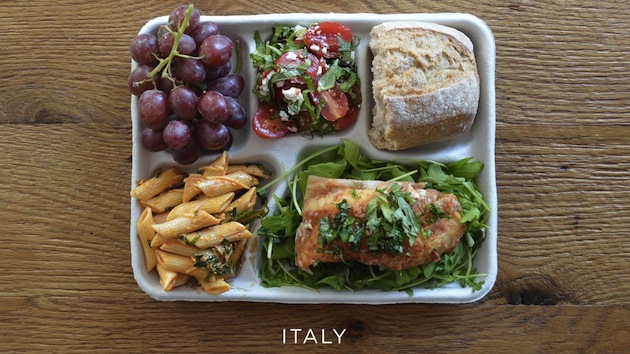 So we see images of appetizing lunch from countries around the world contrasted against a relatively grim platter of pale chicken nuggets, potatoes, and peas from here in the good ol’ USA. Siegel writes that many of her readers sent her a link to the gallery, “understandably but mistakenly” under the impression that the images depicted real-deal lunches, not a corporate photo shoot. The UK’s Daily Mail even took them at face value, blaring in a headline that “Photos reveal just how meager US students’ meals are compared to even the most cash-strapped of nations.”

Siegel, though, had questions:

Sweetgreen says it based is photos on “some typical school meals around the world,” but it doesn’t tell us how it obtained the information underlying the photos. Were the meals modeled on public school menus? Private school menus? Are the meals depicted typical of what’s served in a given country, or did Sweetgreen cherry-pick the most appealing items? And on what basis were the elements chosen for America’s school meal?

Most egregiously, the Greece photo portrays a robust lunch featuring chicken over whole grains with yogurt, pomegranate seeds, a salad, and fresh citrus. Siegel provides a reality check: Debt-plagued Greece doesn’t have the resources to provide much of anything to eat for its school kids. She points to a 2013 New York Times piece reporting that Greek schools “do not offer subsidized cafeteria lunches. Students bring their own food or buy items from a canteen. The cost has become insurmountable for some families with little or no income.” Meanwhile, Siegel points out, even with dire funding for US lunches, more than 20 million economically distressed US kids had access to free or cut-rate lunches in 2013.

She adds that some US school districts do magical things with their minuscule budgets. Besides, even in France, where schools typically have twice as much to spend on ingredients per meal, lunches in some cases can look pretty, well, American. 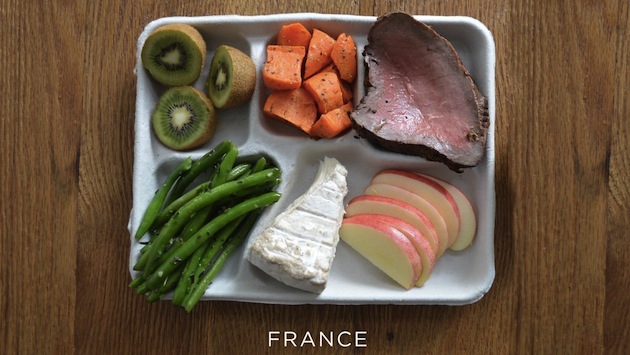 And here’s one of an French lunch Siegel found on the What’s for School Lunch? blog, where “real people around the world submit their actual photos of school meals.” There’s no reason to assume all French lunches consist of chicken nuggets and well, French fries—but there’s no reason to believe that Sweetgreen’s idealized version is representative, either. 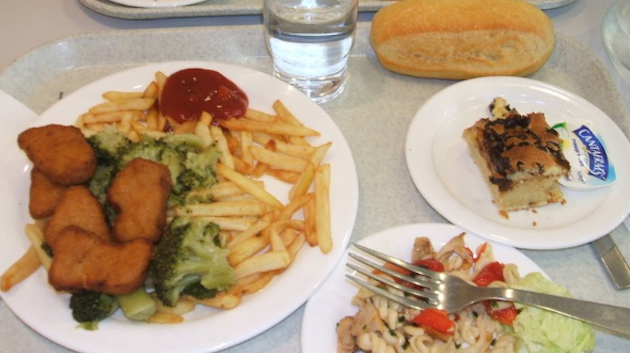 After Siegel’s posting, Sweetgreen added an appendage to its Tumblr page:

Note: These images are not intended to be exact representations of school lunches, but instead, are meant to portray different types of foods found in cafeterias around the world. To create this series, we evaluated government standards for school lunch programs, and compared this data to photos that real students had taken of their meals and shared online.

Sweetgreen’s photo essay was designed to support an effort to raise funds for Food Corps, a “nationwide team of AmeriCorps leaders who connect kids to real food and help them grow up healthy” through cooking and gardening classes. It’s an impressive bit of corporate marketing on behalf of a good cause—but not an accurate depiction of school lunch.