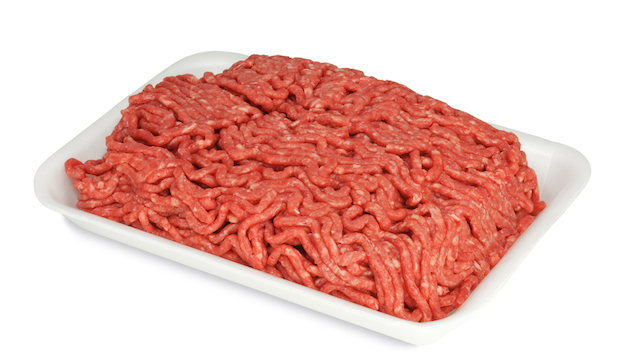 There’s a “simple explanation for why eating a hamburger can now make you seriously ill,” wrote Eric Schlosser in Fast Food Nation: The Dark Side of the All-American Meal. “There is shit in the meat.”

A new Consumer Reports investigation suggests things haven’t changed much since the publication of Schlosser’s 2001 blockbuster. The team tested 300 packages of ground beef, bought from more than 100 grocery, big-box, and natural food stores in 26 cities nationwide. The result:

All 458 pounds of beef we examined contained bacteria that signified fecal contamination (enterococcus and/or non-toxin-producing E. coli), which can cause blood or urinary tract infections.

But not all burger meat is created equal. The researchers also compared the bacterial load of beef from conventionally raised cows (181 samples) to that of their no-antibiotic, grass fed, and organic peers (116 samples total), grouped under the heading “more sustainably produced.” Here’s what they found: 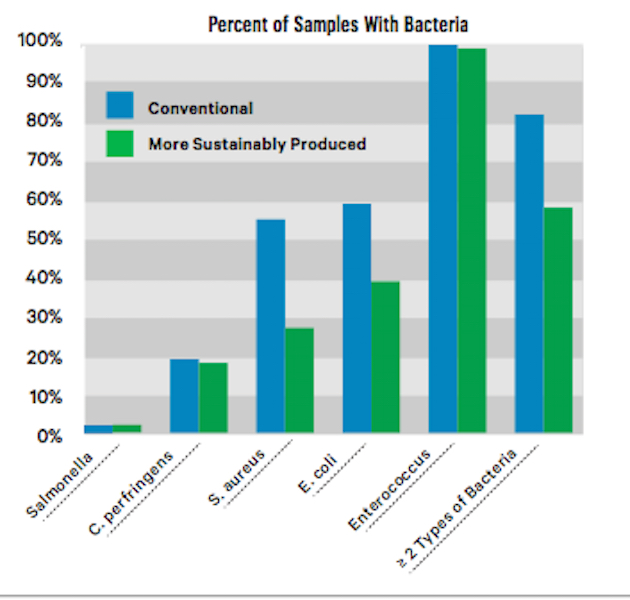 From “How Safe is Your Beef?,” Consumer Reports

The bacterial implications of beef production practices really emerged when the researchers tested the bacterial strains for resistance to antibiotics. Nearly a fifth of conventional ground beef carried bacteria resistant to three or more classes of antibiotics—more than double the number found in the “more sustainably produced” samples, and triple that found in samples from cows raised outdoors on grass. 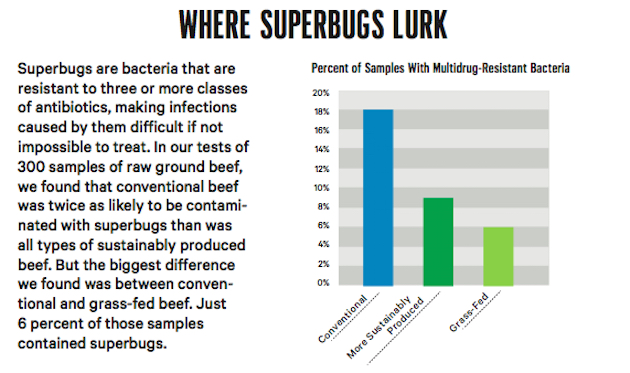 From “How Safe is Your Beef?,” Consumer Reports

The article offers plenty of information that could explain these differences. As for why essentially all ground beef carries fecal bacteria, the slaughter and processing of huge animals is messy—feces caked on the hide or trapped in intestines can easily move onto the carcass. That’s not such a big deal in steaks and roasts, because the bacteria tend to stay on the surface, so “when you cook them, the outside is likely to get hot enough to kill any bugs.” But with ground beef, “the bacteria get mixed throughout, contaminating all of the meat—including what’s in the middle of your hamburger.”

“The meat and fat trimmings often come from multiple animals, so meat from a single contaminated cow can end up in many packages of ground beef.”

Then there’s this problem: “The meat and fat trimmings often come from multiple animals, so meat from a single contaminated cow can end up in many packages of ground beef.”

Conventionally raised cows start out on grass but spend the final months of their lives on feedlots, where they fatten on diets of corn and soybeans, even though “cows’ digestive systems aren’t designed to easily process high-starch foods such as corn and soy,” creating an acidic environment in the cows’ digestive tract that can “lead to ulcers and infections” and “shed more E. coli in their manure.

And corn and soy aren’t the only delicacies feedlot cows feast on.

[Their feed can also include] include candy (such as gummy bears, lemon drops, and chocolate) to boost their sugar intake and plastic pellets to substitute for the fiber they would otherwise get from grass. Cattle feed can also contain parts of slaughtered hogs and chickens that are not used in food production, and dried manure and litter from chicken barns.

In addition, they can also receive regular low doses of antibiotics, both to prevent infections and promote faster growth, although the Food and Drug Administration has launched a voluntary program to limit the latter use. One common feedlot antibiotic, tylosin—used to ward off liver abscesses—is in “a class of antibiotics that the World Health Organization categorizes as ‘critically important’ for human medicine,” CR reports.

The magazine recommends that consumers buy from the alternative supply chains “whenever possible,” adding that “sustainable methods run the gamut from the very basic ‘raised without antibiotics’ to the most sustainable, which is grass-fed organic.” (The article contains ample detail on each.) And when you get it home, handle it carefully and cook it to 160 degrees. After all, there’s shit in pretty much all the ground beef.