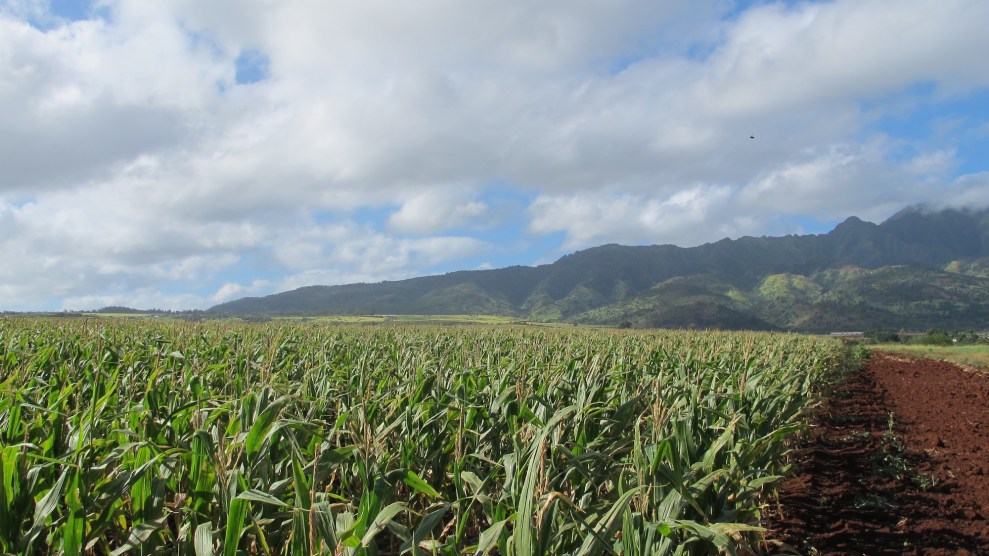 Back in 2016,  seed and pesticide giant Syngenta got some harsh news from the US Environmental Protection Agency: in a complaint alleging the company had failed to protect workers from exposure to a highly toxic insecticide in an incident at a corn farm it operates in Hawaii, the EPA announced it was seeking $4.8 million in civil penalties.

The fine is a “tiny amount of money for a very large company,” a former regional EPA official said.

This week, Syngenta received a considerably gentler message from the federal watchdog group: the civil penalty in the case will be $150,000, plus a commitment to spend $400,000 on pesticide training for workers

Judith Enck, who served as a regional EPA administrator under President Barack Obama, called the settlement a “tiny amount of money for a very large company.” While “some reduction” of initial penalty targets is normal in such cases, she added, “to reduce [the penalty] by this amount is quite unusual.” Enck made these remarks at a Thursday press teleconference introducing a report from the Environmental Integrity Project documenting a sharp reduction in EPA civil penalties against polluters under the Trump administration.

The 2016 exposure incident in Hawaii involved chlorpyrifos, an organophosphate insecticide. Produced by chemical giant Dow—now part of the conglomerate DowDupont—chlorpyrifos is a potent neurotoxin. That is, it works by interrupting the electrochemical processes that nerves use to communicate with each other to trigger muscle movement. It’s so toxic, including to the developing brains of children and fetuses, that the EPA banned most residential uses of it in 2000 and proposed to ban it altogether in 2016—a decision the Trump administration reversed in a highly controversial move last year. Even in small amounts, exposure to chlorpyrifos “may cause a runny nose, tears, sweating, or headache, nausea and dizziness,” according to the EPA.

In the 2016 incident, the EPA’s 2016 complaint states, 19 workers at Syngenta’s research farm in Kekaha, Kauai, were sent without protective gear into a corn field that had recently been sprayed with chlorpyrifos, Unfortunately for Syngenta, an Hawaii Department of Agriculture official was present that morning, “to conduct an inspection in response to a prior [pesticide] complaint that had been filed.” And that’s what prompted the agency’s investigation. “After the workers had been exposed, ” the EPA alleged, “Syngenta failed to provide adequate decontamination supplies onsite and failed to provide prompt transportation for emergency medical attention.”

Even though the EPA saw fit to slash the penalty from $4.8 million to $150,000,  its amended complaint, released this week, reported yet another chlorpyrifos-exposure incident the same Syngenta facility. In this one, which occurred a year later, in January 2017, 42 workers were told to enter fields that been recently sprayed with chlorpyrifos. The EPA found out about the case after one of the workers called the agency’s Hawaii branch to report “he believed he had been exposed to pesticides at the Facility and was experiencing adverse health effects from the pesticide exposure,” the complaint states.

In an emailed statement, a Syngenta spokesman wrote that the company and the EPA “agreed to settle this through the alternative dispute resolution process and there was no findings of liability. Syngenta maintains there was no violation of the law in this matter.” He added: “Agricultural worker safety is a top priority for Syngenta and safe use training has for many years been an integral part of the way the Company does business worldwide.”

If you’re wondering what a globe-spanning seed/pesticide company like Syngenta is doing running a corn farm in Hawaii, note that the the industry has alighted upon the island of Kauai as a place to test new crops and produce seeds. That’s because its warm climate allows year-round production—three corn crops per year, compared to just one in the mainland corn belt centered in Iowa. As The New York Times put it in 2011, Syngenta, Monsanto, DowDupont, and BASF  have “in many ways stepped into the leading, and sometimes domineering role, once played by the islands’ sugar barons.”

A 2016 study jointly funded by the Hawaii Department of Agriculture and Kauai County found the region’s corn farms tend to apply insecticides at much higher concentrations than their mainland counterparts, likely because of “greater insect pressure due to year-round warm weather, lack of a cold season, and vulnerability to invasive species.” For chlorpyrifos, the typical application rate is nearly three times as high in Kauai as it is in the mainland, the study found.