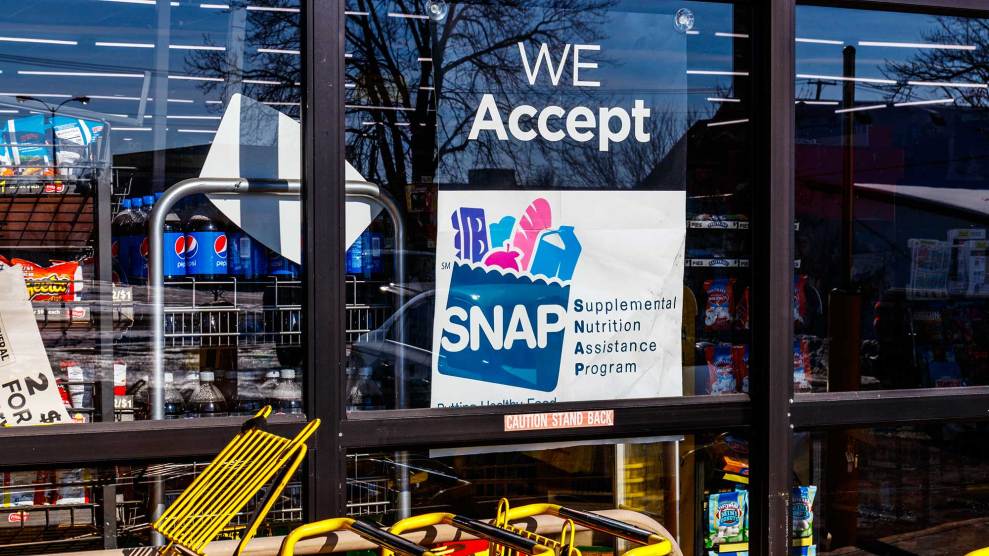 The Republican chairman of the House Agriculture Committee proposed a dramatic change in SNAP that would tighten eligibility rules and require some six million “work-capable” adults to work at least 20 hours a week or attend job-training classes for an equal amount of time in order to receive monthly benefits that now average $123 per person. Under the farm bill sponsored by Chairman Michael Conaway, the government would give $1 billion a year to states to provide training slots for every SNAP participant subject to the work requirement.

Unveiled two days after President Trump called for new or tougher work requirements for the federal food stamp program, Conaway’s proposal for “modernizing SNAP” is expected to dominate farm bill debate. Conaway has a 26-20 Republican majority on the Agriculture Committee and said he is sure it will approve his bill next week, possibly on Wednesday. Passage in the House at large is less certain because some conservative Republicans may hold out for bigger cuts in SNAP. Democrats stopped negotiating with Conaway a month ago, saying he was pursuing radical SNAP changes. In a video released in conjunction with the announcement of the proposed farm bill, Conaway said his approach “maintains and strengthens the great American tradition of self-sufficiency—that compels us to work to improve our station in life.”

The anti-hunger group Food Research and Action Center said “harsh SNAP eligibility limits” will bring “greater poverty and hunger” to poor Americans rather than Conaway’s vision of a helping hand.

The work and training requirements were “designed to be a hassle factor so people drop out of the program,” said Democratic Rep. Collin Peterson.

Food stamps make up the lion’s share of spending in the broad-spectrum legislation, which covers everything from crop subsidies and rural development to famine relief. The Congressional Budget Office estimates that SNAP will cost $65 billion a year in the near future. The farm bill overall would cost about $87 billion annually. The Conaway bill would make relatively minor changes in crop subsidies but would eliminate the Conservation Stewardship Program, the USDA’s first green-payment program, which now covers 70 million acres. Elements of the CSP would be folded into the cost-sharing Environmental Quality Incentives Program.

No one will be forced out of SNAP, insisted Conaway, although he said some people may drop out voluntarily. The Democratic leader on the committee, Collin Peterson, said the work and training requirements were “designed to be a hassle factor so people drop out of the program.”

Under Conaway’s proposal, about a million people are expected to disappear from SNAP over 10 years, because they will get better-paying jobs, they won’t work enough hours, or they’ll drop out of the training program. Enrollment would fall by an additional 300,000 people with the elimination of a broad-based categorical eligibility provision that allows people with incomes above 130 percent of the poverty line to apply for SNAP regardless of assets.

“This bill attempts to change SNAP from a feeding program to a work program,” said Peterson. He said Conaway “put the farmers and rural communities who rely on the farm bill’s safety net programs at risk in pursuit of partisan ideology on SNAP.”

The think tank Center on Budget and Policy Priorities said a multi-faceted and effective job training system for SNAP could easily cost $1 billion a month nationwide, far more than the annual $1 billion in the Conaway bill, based on the track record of work requirements for federally supported welfare. “The almost-certain result would be greatly under-resourced work programs that offer few, if any, services to help people gain skills and jobs,” it said. At the same time, recipients would have to show compliance with the requirement for work or training.

The work requirement for adults aged 18 to 59 would not apply to the elderly, disabled people, pregnant women, or adults caring for children younger than 6. Children, the elderly, and the disabled account for the majority of SNAP recipients.

Conaway’s package also would reduce the leeway states have to exempt people from the work requirement, which is now tied to a 90-day limit on benefits in a three-year period to so-called able-bodied adults without dependents. Up to 60 percent of current waivers would be eliminated.

To read a section-by-section summary of the bill, click here.