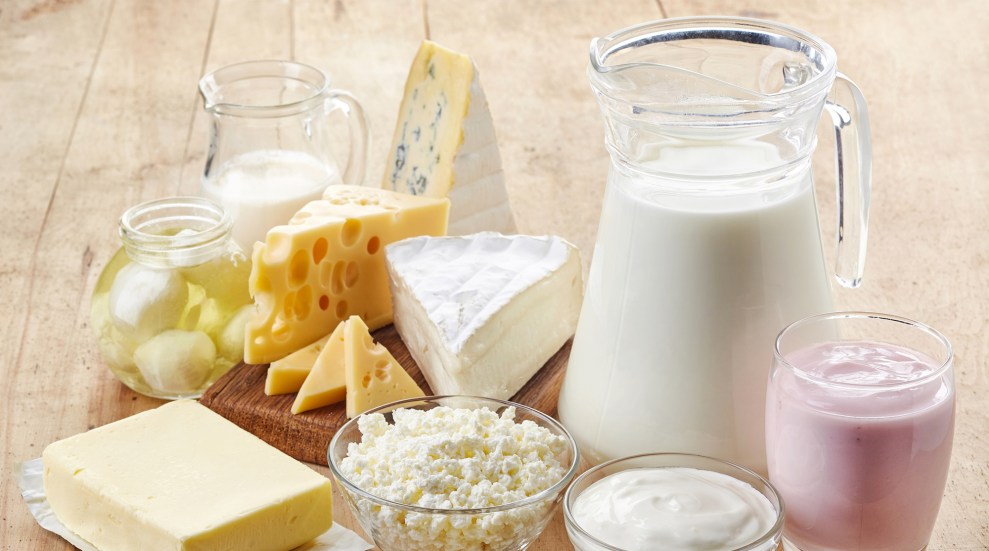 The recent G-7 meeting ended in chaos, with President Donald Trump trading zingers with his better-haired rival, Canadian Prime Minister Justin Trudeau. So now the United States is on the verge of a multi-front trade war, featuring Europe, China, and our erstwhile friendly neighbor, Canada. And Trump is having a cow—again—about Canada’s system for supporting its dairy farmers:

Prime Minister Trudeau is being so indignant, bringing up the relationship that the U.S. and Canada had over the many years and all sorts of other things…but he doesn’t bring up the fact that they charge us up to 300% on dairy — hurting our Farmers, killing our Agriculture!

Got that? The colossus to our north is “killing our Agriculture!”

Meanwhile, US dairy farmers are indeed suffering from low prices, and there’s evidence of an uptick in suicides among struggling operators. So does Trump have a point—are fat-cat Canadian dairy farmers driving their US counterparts to ruin?

No. The fundamental problem is that US dairy farmers keep producing more milk…

… even as consumer demand for milk and related products like cheese and yogurt is stagnant.

When production surges and demand doesn’t budge, you get a glut, and prices drop. US dairy farmers are plagued by low prices—in fact, for several years, the price they get in the market has been significantly lower than the cost of production.

But could Trump still have a point? That is, if our farmers had easier access to foreign markets like Canada’s, could they could get a decent price for their milk? It’s not just Trump who suggests exports are the way out of the dairy crisis. As I noted a while back, prominent Democrats in dairy-heavy states like Wisconsin and New York are also critical of Canada’s dairy tariffs. And Tom Vilsack, two-term US Department of Agriculture Secretary under Barack Obama, is a fierce critic of Canada’s program. He now serves as CEO of the US Dairy Export Council.

But here’s the thing: US exports have boomed in recent years (see chart below)—and now, nearly 15 percent of milk from US cows ends up in foreign markers in one form or another. And Canada, despite its much-lamented dairy tariffs, bought $577 million worth of US dairy products in 2017, more than any other country besides Mexico. In 2016, the United States “exported $631.6 million in dairy products to Canada, compared to just $113 million in Canadian dairy exports to the United States,” reports Politifact. In other words, the northern border is not exactly an impenetrable wall to US dairy products.

Here are export data on the three products that make up two-thirds of US dairy exports:

Note that even as the volume of dairy products farmers sell overseas has expanded fairly rapidly over the past decade—with cheese exports tripling and whey exports nearly doubling—the money the domestic industry makes from these foreign sales has risen much less robustly: from $3.8 billion in 2008 to $5.5 billion last year. That’s because US farmers aren’t the only ones churning out way too much milk. There’s a global dairy glut, and this oversupply puts downward pressure on prices.

There’s a global dairy glut, and that puts downward pressure on prices.

So why do farmers keep overproducing when there’s already too much milk, both at home and abroad? Essentially, individual dairy operations are trying to produce their way to profitability—each farms churns out more milk, hoping to make up on volume what they’re losing through low prices. But when everyone else does it, too, the price just stays low or drops. It’s the brutal logic of independent players locked in markets dominated by a handful of buyers, in this case dairy processors. (A single one of these companies, Dean Foods, owns more than a third of the US fluid milk market.)

Ironically, an answer to this dilemma sits just to our north, in the very country Trump and Vilsack falsely claim is squeezing US farmers. In Canada, overproduction of dairy is very rare, because farmers coordinate to keep supply in line with demand, ensuring they get a decent price. A few months ago, I explained how Canada’s system, known as supply management, works, and Leah Douglas reported on how US dairy farmers are looking north for inspiration. More recently, on the website TalkPoverty, Debbie Weingarten took a deep dive into the desperation of US dairy farmers and how supply management could help.