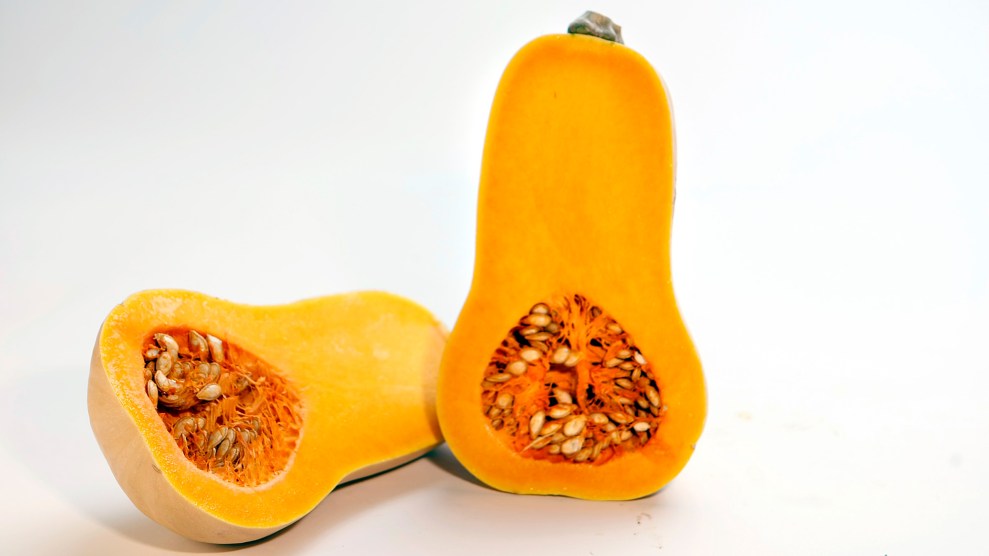 We’re often told to eat our vegetables, and for good reason. But face it: They often kind of suck. Our supermarkets teem with towers of flawless looking squashes and tomatoes—but where’s the flavor?

For generations, plant breeders have largely been taking their orders from the food industry, in pursuit of varieties that are high-yielding and that can withstand long-haul travel. Flavor isn’t a priority—flavor comes from adding lots of salt, sugar, and fat in the factory, or from a restaurant chef’s bag of tricks. But at an event I attended in 2013, Dan Barber, chef of the acclaimed Blue Hill restaurants in New York, assembled a team of agriculture professors and rolled out a new idea: What if seed breeders started taking their cues from chefs instead of big food companies when they’re tweaking varieties of the fruits, vegetables, and wheat we eat?

Nearly five years later, the fruit, so to speak, of Barber’s collaboration with seed breeders has ripened into a new project called Row 7, which calls itself a seed company “built by chefs and breeders striving to make ingredients taste better before they ever hit a plate.” On the latest episode of Bite podcast, Barber and I chatted about why a chef who runs two restaurants is barging into an industry dominated by three multinational behemoths who use seeds as a marketing tool for selling pesticides.

Barber said the idea germinated about a decade ago, when Michael Mazourek, a Cornell University vegetable seed breeder, visited Barber’s restaurant for dinner. The two ended up chatting afterward in the kitchen, where a cook was preparing butternut squash for the next day’s service. Barber reports: “Just off the cuff and kind of flippantly, I said, ‘You’re a squash breeder—why don’t you create a butternut squash that actually tastes good?'”

Barber then went on to complain to Mazourek about “all the heroics” chefs go through to “eke out any deliciousness” from butternut squash: careful roasting and caramelizing, goosing it with maple syrup and brown sugar, etc. Mazourek replied that “in all my years of breeding, no one has ever asked me to select for flavor before,” Barber reports. And that’s when the lightbulb went on.

His conversations with Mazourek taught him that breeders are a little bit like chefs: They “combine genetics in a kind of recipe format” to create traits. Modern butternut squash, for example, is “bred to be picked green,” he said—that is, to be harvested before it’s ripe, and then stored for months and ripened at the convenience of the food industry. A winter squash that’s bred to be picked ripe, with flavor as its main goal—rather than storeability—would be a much more delicious thing, he said.

When US chefs began to rebel against bland ingredients in the 1970s (listen to my interview with Alice Waters to dig into that history), they began an enduring alliance between farmers and chefs that became the farm-to-table movement. But in seed terms, the focus of that relationship was on heirloom vegetable varieties—highly flavorful old strains that are adapted to very particular microclimates, don’t tend to produce very high yields, and aren’t suited to resist various fungal pathogens.

What Row 7 is trying to do, Barber said, is bridge the gap between the flavor of heirlooms and the yield potential of modern industrial varieties. The company has set up a nationwide network of 70 chefs working with seed breeders to create flavor-forward vegetable varieties. And the goal is to create products that appeal not just to rarefied foodies. “The north star is to get into Walmart, not to keep [the new varieties] in the cathedral of our white-tablecloth restaurants,” he said.

Barber’s original challenge to Mazourek ultimately resulted in a winter squash variety called honeynut, which Barber says is now available at supermarkets nationwide. I haven’t tried a honeynut squash; here’s how Bon Appetit describes it: “The flavor is much more concentrated because their flavor isn’t diluted from water weight…an intense natural sweetness that becomes rich, caramel-y, and almost malt-like when roasted at high heat, they don’t have to be peeled because they have thin skin (similar to a delicata), and they have three times the amount of beta-carotene packed in.”

The company already has seven seed varieties on the market, including a sweet pepper that has all the fruit flavors of an habeñero but none of that incendiary chile’s heat. There’s also a beet variety called “the badger flame.” If you hate those root vegetables, hear out Barber on this podcast. Tweaked by seed breeders following orders from chefs, this variety has “all the vegetal sweetness of the beet, without the polarizing earthiness,” Barber says.