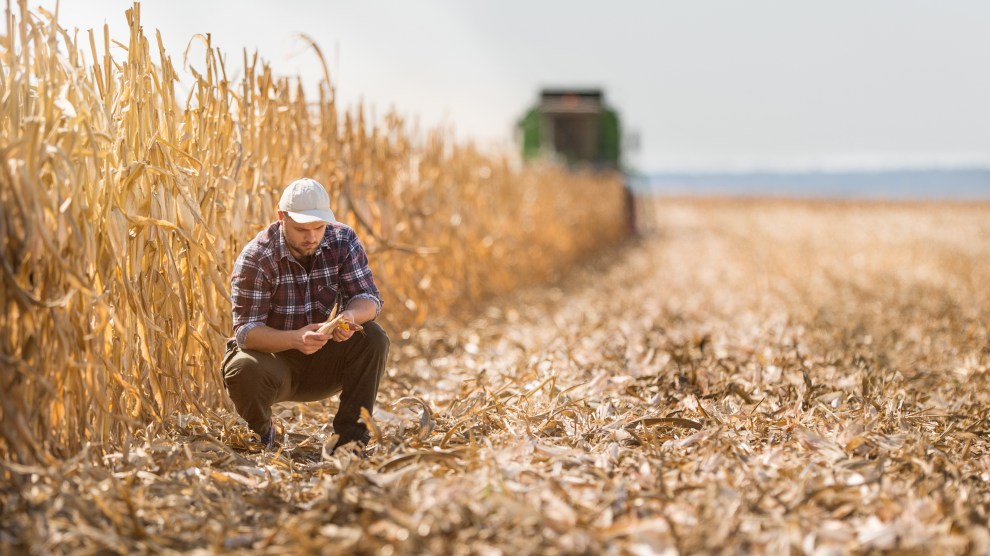 On Sunday night, a monthslong battle over the farm bill culminated in a dead end when lawmakers in the House and Senate were unable to come to an agreement on what the bill should look like. As a result, the bill under consideration expired.

Congress has been battling over the farm bill, a crucial piece of legislation that covers the country’s agricultural funding on top of conservation efforts and food aid, since early this year. The bill, which comes up for consideration twice a decade, is traditionally hailed as a point of bipartisanship between Republicans and Democrats. But this year, lawmakers in the House have been split along party lines on what should be included in the bill.

The Senate’s version of the measure was uncontroversial and passed in June with 86-11 vote, reflecting much of the bipartisan collaboration traditional to the farm bill. But reconciling that version with the overwhelmingly partisan House bill has proved difficult. In particular, lawmakers have clashed over language in the House bill that adds work requirements to the Supplemental Nutritional Assistance Program (SNAP), a move that would knock an estimated 2 million people off food stamps. As reported by Mother Jones‘ Tom Philpott earlier this year, SNAP work requirements don’t actually lead to increased employment.

Aside from SNAP, lawmakers have butted heads on issues ranging from sugar industry programs to conservation funding to school lunch.

Lawmakers had until September 30 to reconcile the conflicting versions of the bill. Unable to do so, the existing law has expired. SNAP is safe and unaffected for now—though SNAP funding is a major part of the farm bill, it is an “appropriated entitlement,” meaning its year-to-year funding doesn’t depend on the bill. Crop insurance is also safe, because it’s authorized under the Federal Crop Insurance Act.

But other programs stop functioning, effective Monday. Some have already prepared for this: The Farm Service Agency issued a notice two weeks ago stating the agency will not be approving, processing, or authorizing any Conservation Reserve Program (CRP) contracts starting October 1.

“They have money, but the [Department of Agriculture] does not have authority to run those programs starting Monday morning,” Hoefner told Mother Jones. “And those are most of the conservation programs that assist farmers doing conservation on their land, and some (but not all) of the specially crop programs for fruits and vegetables, and some (but not all) of the trade assistance or trade subsidy programs and a variety of other miscellaneous programs.”

As for what’s next, Hoefner says if Democrats win a majority in the House during the November midterms, they could use the November or December two-week sessions to push through a more bipartisan proposal.

But short of that, Hoefner thinks efforts to move the bill forward might continue to stall. “It’s kind of a massive environmental public health assault and a massive war on the poor,” Hoefner says. “It’s those two things that are preventing a farm bill from happening.”