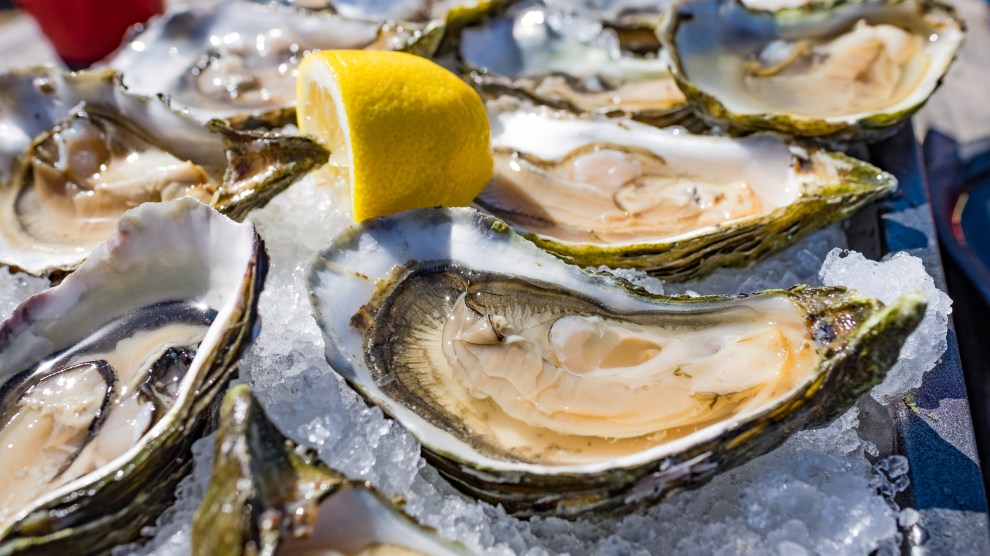 In 2007, the Whiskey Creek Shellfish Hatchery in Tillamook, Oregon lost 75 percent of its oyster larvae. The oyster farmers initially thought it was disease, but that didn’t explain the monumental loss. With help from scientists, they finally pieced together the culprit: The ocean had absorbed an increasing amount of carbon dioxide from the air, changing the water’s pH to make it more acidic.

The problem of ocean acidification has only grown in the state’s coastal waters in the years since, as a recent report by the Oregon Department of Fish and Wildlife documents. Now, the conservation nonprofit the Center for Biological Diversity is suing the Trump administration for failing to recognize the effects of ocean acidification on the marine animals and shellfish along the Oregon coast.

Ever since the Industrial Revolution encouraged people to rely more and more on fossil fuels, carbon dioxide has been entering the oceans in exponentially higher amounts. The resulting acidification decreases the availability of calcium carbonate in the ocean, which makes it more difficult for marine animals like oysters to build shells. Acidification in the Pacific Northwest has already “reached levels that were not predicted until the end of the century,” according to the Center for Biological Diversity. Activists, scientists, and the oyster industry are all worried about future harvests and ocean health.

Acidification in the Pacific Northwest has already “reached levels that were not predicted until the end of the century.”

“It’s such a colossal problem,” said Emily Jeffers, staff attorney at the Center for Biological Diversity. “These species just can’t adapt, it’s just too fast. These changes are astronomical.”

For around 10 years, the Center for Biological Diversity has been pushing the federal government and individual states for updated water quality standards to better identify and treat “impaired” waters—waters that fail to meet some of the water quality standards set by the Environmental Protection Agency and state governments. When impaired waters aren’t recognized, protection measures can’t be put in place to repair or stall the damage. In its new suit inspired by the plight of Oregon’s oyster farmers, the Center claims that the EPA failed to identify impaired waters in the state, therefore violating the Clean Water Act.

Oyster farmers aren’t the only ones inspiring lawsuits to take on climate change. As reported by NPR, a suit filed against mainly oil companies by West Coast fishermen in November might just be the first time food producers have sued the fossil fuel industry for environmental harm. Shellfish and crab producers in California and Oregon have faced significant losses because of toxins released by algae blooms. In a lawsuit filed in California, the Pacific Coast Federation of Fishermen’s Associations is suing 30 companies, including ExxonMobile, Shell, and Chevron, alleging that they knew about the destructive nature of the emissions resulting from burning their fuels, but sold them anyway.

The legal strategy of this crab lawsuit is different from the Oregon oyster suit. But in both cases, fishermen helped raise public awareness about a murky problem that is difficult for most people to wrap their heads around. Now, “the people that are getting impacted by this are the people who are actually growing and capturing food from the ocean for us as a society,” says George Waldbusser, an associate professor of ocean ecology at Oregon State University. “These are real jobs, these are real people, these are real incomes that are affected by this.”