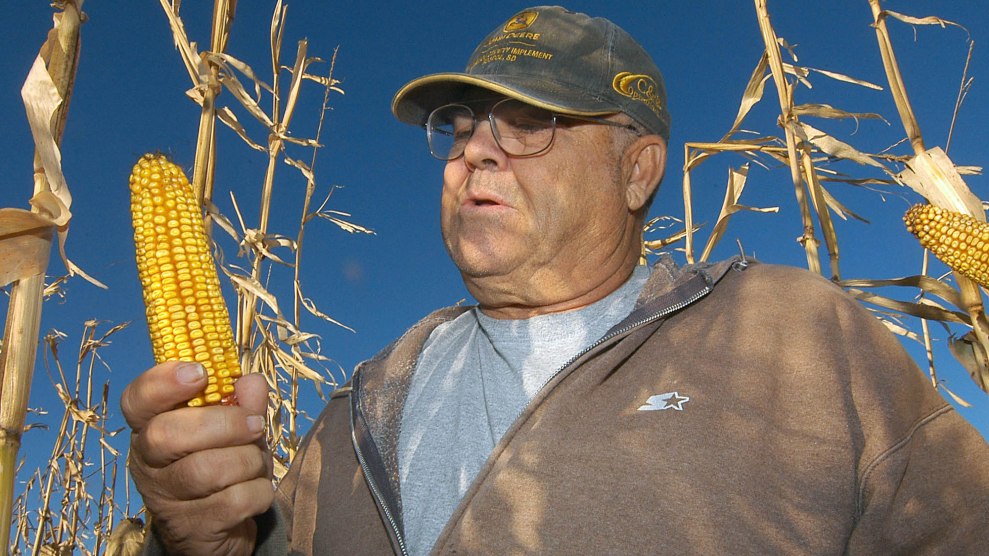 As the Trump administration fights political fires raging in Washington, another one is smoldering on the prairie. Farmers in the corn belt, the cluster of states centered on Iowa that produce the great bulk of corn and soybeans, supported Trump overwhelmingly in 2016, helping swing battleground states like Iowa and Wisconsin. But now many of them are furious, because the administration has been messing with one of the pillars of the region’s economy: the government-created market for corn-based ethanol. And that’s on top of a long-running trade war with China that has cut demand for the region’s two other main farm products, soybeans and pork.

The Renewable Fuels Standard, a policy passed into law under George W. Bush, compels oil refiners to mix 15 billion gallons of corn-based ethanol into the nation’s gasoline supply. Because of the law, ethanol makes up about 10 percent of the gas you pump into your car. For corn growers, who have been locked in a long cycle of chronic overproduction, the ethanol mandate is a lifeline: It provides a guaranteed market for about one-third of their annual corn crop.

During the 2016 campaign, Trump was happy to pander to farmers’ love of ethanol, even going so far as to declare the mandate should be raised above legislated levels. As recently as June, he visited an Iowa ethanol factory and effused about “clean, affordable, American ethanol” and claimed, falsely, that the zealously pro-ethanol Obama administration had “imposed radical restrictions on our farmers and ethanol production”:

But for oil refiners, the mandate is a headache: one that’s tolerable when oil prices are high, like they were in the aughts, but cumbersome when oil prices flounder, as they have been over the past decade. Of course, Trump is also quite tight with the oil industry. So the Trump administration has been playing a delicate game, trying to appease two powerful industries with conflicting aims.

Under the Renewable Fuels act, the EPA can waive the ethanol requirement for small oil refineries that can demonstrate that they’re in financial duress by having to add biofuel to the mix. While the refineries themselves must be small, the companies that own them don’t have to be. Exxon and Chevron have reportedly been among the oil firms that have sought exemptions. Last month, the EPA made a decision that favored Big Oil over Big Corn: it granted such waivers to 31 refineries, relieving them of the obligation to add biofuels like ethanol to their liquid fuel. According to Reuters, the Trump EPA has “more than quadrupled the number of waivers it has granted to refiners” compared to the Obama Administration.

Corn belt farmers have been furious with the administration ever since. In late August, Trump took to Twitter to suggest that he would make things right, promising goodies to both industries. “The Farmers are going to be so happy when they see what we are doing for Ethanol,” the president declared. “It will be a giant package, get ready!”

The Farmers are going to be so happy when they see what we are doing for Ethanol, not even including the E-15, year around, which is already done. It will be a giant package, get ready! At the same time I was able to save the small refineries from certain closing. Great for all!

Since then, the administration has been silent about what the “giant package” will be, or when its details will be released, Jon Doggett, CEO of the National Corn Growers Association, told me. And as the wait draws out, farmers are losing patience with another burden imposed by the administration: the trade war with China.

While the trade war has caused grumbling since Trump launched it last year, the region’s growers endured it stoically, Doggett said. “While farmers were very concerned about the trade situation, they also wanted to see an improvement in how we trade with China,” he said. China had been a buyer of US soybeans for years, but it had generally avoided importing corn. “So a lot of farmers were saying, ‘let’s open up this market—we’re willing to take some tough times here,'” Doggett said. (It also probably didn’t hurt that Trump has lavished $28 billion in payments to farmers to offset trade-war losses—more than twice the price tag of the Obama administration’s 2009 auto-industry bailout.)

Then came the 31 waivers to oil refineries. “That was a game changer,” Doggett said. “I’m not seeing farmers suddenly turning on the president, but it certainly has made our discussions with farmers much different. As one of our board members said in our board meeting last week, ‘I’m willing to be a patriot; but I’m not willing to be a martyr.'”

Other industry players are venting in harsher terms. Kelly Nieuwenhuis, president of the board of Iowa ethanol maker Siouxland Energy, told Radio Iowa on Thursday that Trump’s “political future” in the state rides on his support for the corn-based car fuel. “When he made that call to grant those last 31 small refinery exemptions, you can’t believe how many upset farmers I was with that day that said they were done voting for President Trump,” Nieuwenhuis told the radio station. “That was the final straw.”

Meanwhile, the industry is still waiting to hear the details of that “giant package” promised by Trump. “The president just said that farmers are going to be ‘very happy,'” Doggett of the National Corn Growers Association said. “We’re definitely ready to hear more.” But the impeachment proceedings now embroiling the White House may delay the announcement indefinitely, he said. “Who knows when it will come out?  I’ve been around Washington a long enough time to learn to never try to forecast what an administration is going to do—particularly this one. “