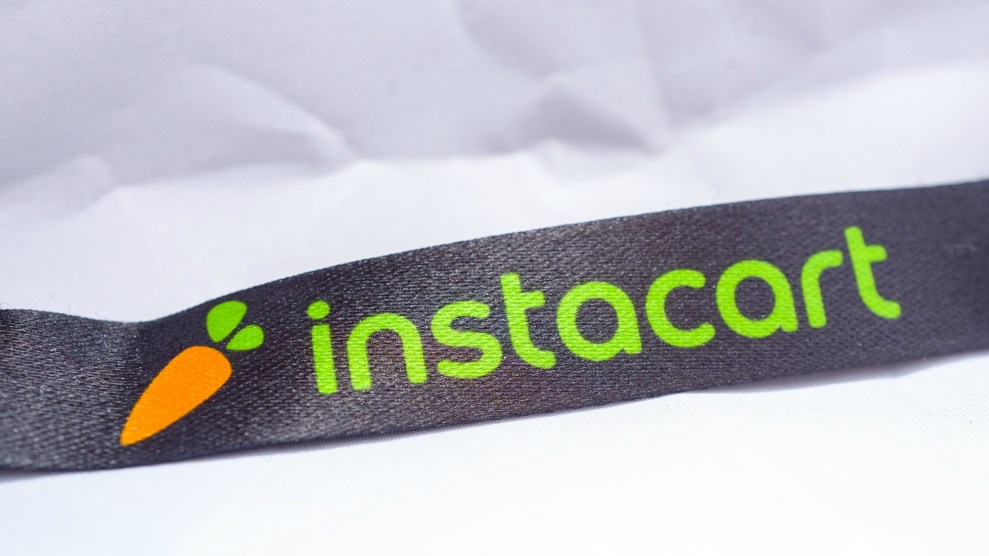 Instacart employees in a Chicago suburb are moving to unionize. The 15 employees who buy and pack groceries for delivery in Skokie will vote to approve the union February 1; if they do, it will be first for employees of the grocery delivery startup valued at nearly $8 billion.

In response, Instacart, as Vice reported, has been union-busting.

Unknown managers have come in, handing out literature to “vote ‘NO'” and pulling aside workers to advise them against supporting the union. Chris Nolan, a senior operations manager at the company, was responsible for a few memos, obtained by Vice, that say the unions would cause harm because of dues and lead to “less control” for workers. One yells at shoppers to “look at all of the FACTS.”

In a statement, Instacart said that it will honor any vote on the union. But the company has pushed back on workers’ rights in other ways, too.

As we previously reported, Instacart workers have been regularly striking and organizing to call out the app for everything from its opaque tipping policy to its regular misclassification of some workers as independent contractors. Retaliation has often followed:

On October 9, one worker, Vanessa Bain, wrote an open letter explaining why shoppers were planning to strike, laying out the company’s history of mistreating workers. In response, strikers claim, Instacart cut wages by ending a quality bonus that gave shoppers $3 each time they received a 5-star rating.

The shopper who organized with the union in Skokie, Joe Loftis, told Vice it wasn’t hard to find reasons to form a union. He was punished for missing work because of an injury; employees had similar complaints about the algorithm’s payout.  “Workers are treated so badly,” he said. “[Unionizing] is going to be a cake walk.”

The company’s battle with workers goes beyond union-busting to millions poured into policy. The company has put $10 million towards a ballot measure that would significantly soften AB 5, the new California law that makes it harder for companies to misclassify employees as independent contractors.

If the anti-union and strike efforts show anything, it’s that worker organizing is working.

In Bain’s case, public outcry led to an ongoing movement to #DeleteInstacart. Instacart backed down on using tipping fees to help subsidize a mandatory $10 delivery fee, it raised the base pay (in an algorithmic model lacking transparency), it unveiled new benefits for contractors including for workplace injury. It helped get AB5 passed.

None of these have solved Instacart’s problems. But it makes Nolan’s claims to Skokie employees that a union will harm them because “DUES ARE EXPENSIVE” sound ridiculous. Organizing has made Instacart back down on a series of potential cuts to pay for shoppers and it’s terrified the company enough to spend millions to overturn a law. Why stop now?