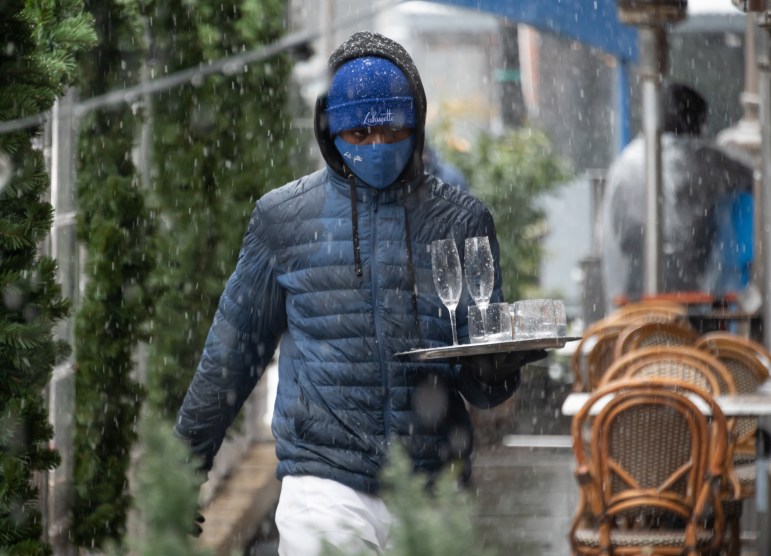 For many restaurant workers, the trade-off for hours of grueling work serving food and dealing with demoralizing customers, not to mention the threat of stray COVID-19 germs from maskless patrons, is an hourly wage as low as $2.13. That’s because some states allow employers to pay tipped workers a subminimum wage (also called a tipped minimum wage), assuming they can make up the rest of their pay in tips. In practice, this policy has caused tipped restaurant workers to be twice as likely as the general workforce to live in poverty.

Seven states have already abandoned the tipped minimum wage. Now, President Joe Biden and congressional Democrats have signaled they’re ready to ditch this policy nationwide: As part of the $1.9 trillion stimulus package, Biden proposed to gradually raise the minimum wage to $15 an hour by 2025. This move would also eliminate tipped wages by that year. Advocates say ending the subminimum wage would give a much-needed boost to women and people of color, who make up the majority of workers earning tipped wages.

But as with seemingly every policy proposal floated these days, there’s no chance this will happen without a political fight. Not all Democrats agree with Biden on his plan to hike wages along with the stimulus. On February 4, Sen. Joni Ernst (R-Iowa) introduced an amendment prohibiting the increase of the minimum wage to $15 an hour during the pandemic, which the Senate passed. Senate Budget Committee Chair Bernie Sanders vows to work to have the gradual $15 minimum wage included in the reconciliation bill, though some budget experts say that won’t be possible.

Tonight I got the entire Senate —Democrats and Republicans — to agree not to hike the federal minimum wage to $15 per hour during a global pandemic, which would kill jobs and destroy small businesses. https://t.co/otHBMQEsgJ

The current base wage of just $2.13 for tipped workers traces back to racist hiring initiatives after the end of slavery. Employers recruited recently freed Black people for jobs in service industries, believing they were inherently suited for the roles and should be paid less. The Pullman Company, which made luxury railroad cars and was one of the largest employers of Black workers in the 1900s, helped solidify tipping as common practice, even as many states tried to ban it.

A new report by One Fair Wage, a nonprofit advocacy group for restaurant workers, points out that the “legacy of white supremacy and undervaluing Black workers continues today.” According to the report, states that don’t have the tipped minimum wage—that pay restaurant workers the regular federal minimum wage with tips on top—have lessened the pay gap between Black women and white men. In those states, the race-gender pay gap is 35 percent less than in states with the subminimum wage. Tipped workers in states with the subminimum wage experience twice the rate of sexual harassment compared to other states.

The pandemic has only made things worse for tipped workers of color. Nearly 20 percent of Americans say they now tip less than they did before the spread of the coronavirus, according to a Harris Poll conducted for Fast Company. One Fair Wage surveyed more than 1,500 food service workers in four states and Washington, DC, from October 2020 to January 2021, and the responses revealed poor working conditions and pay that they endured as coronavirus cases spiked and new variants spread. Black tipped service workers were more likely to report that their average hourly wage including tips was less than $10 compared to all other workers. They also experienced higher levels of customer hostility for enforcing health protocols like mask wearing and social distancing.

“Sometimes if you ask a customer to put on a mask or step away a little, they get angry and go out of their way to get closer to you or to touch you just to make you feel uncomfortable,” a worker from the survey responded.

On a call with lawmakers and activists Friday, One Fair Wage members stressed the crucial role of ending subminimum tipped wages in the fight for racial justice. In the new report, One Fair Wage researchers note that the New Deal established a minimum wage and excluded tipped workers, thereby codifying structural racism. “Now, 81 years later, as we face an economic depression of similar magnitude,” they wrote, “Congress—and by extension, America—has the opportunity to right our wrong and create a New Deal for Racial Equity that would simultaneously stimulate the economy and protect the public health.”