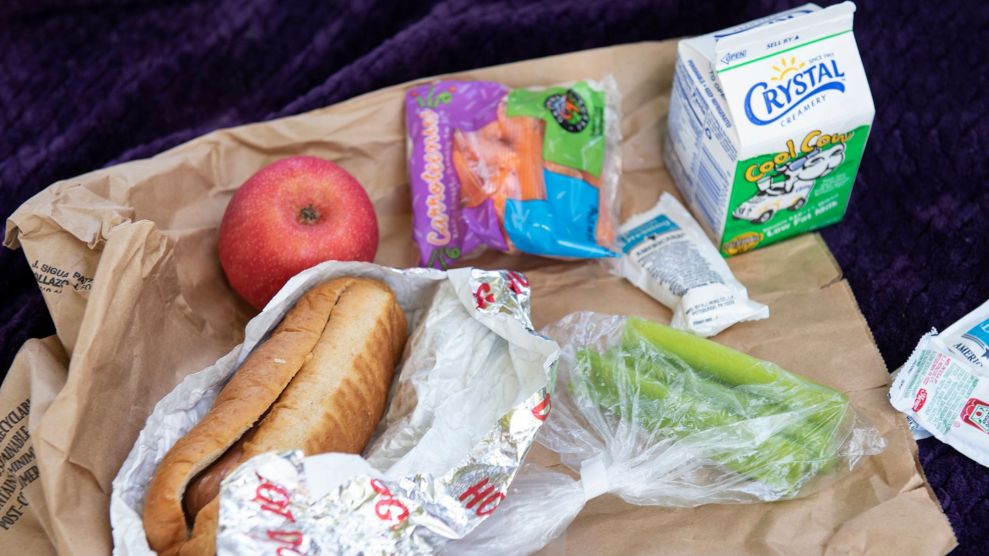 The program, initially funded in March 2020, allowed the US Department of Agriculture to issue a series of waivers that have helped school districts keep feeding students during the pandemic.

Before Covid, schools had to follow strict requirements to receive any federal reimbursement for their meal programs: Only schools where at least half of students qualified for free or reduced meals would get reimbursed for summer feeding programs. Summer meals had to be served in group settings, and all meals were required to meet strict nutritional guidelines. Plus, only children from low-income families were eligible for free and reduced-price meals, and their parents had to apply for the program for them to benefit from it.

The changes were highly popular and widely effective in keeping children fed as the pandemic upended Americans’ jobs and economic security.

The pandemic-era waivers changed all that. Beginning in 2020, schools could receive reimbursement for summer feeding programs regardless of how many qualifying low-income children were in their districts. Parents could pick up multiple free meals per day from these summer programs, allowing their children to eat at home and saving the parents multiple trips. Congress also increased the meal reimbursement rates provided to school districts, so they could feed more kids healthier foods while navigating their own operating expense increases. Schools that struggled to meet the strict vegetable and grain meal requirements due to supply chain shortages could offer alternative healthy options. And perhaps most importantly, every child became automatically eligible for free meals—low-income parents no longer had to apply for them.

The changes were highly popular and widely effective in keeping children fed as the pandemic upended Americans’ jobs and economic security: 90 percent of schools made use of the waivers, according to the USDA, and an additional 10 million students received free school breakfast and lunch.

All of that was slated to end on June 30, when the waivers were scheduled to expire—until Congress passed a new bill, the Keep Kids Fed Act, this week. The legislation, costing roughly $3 billion, extends all of the flexibilities for the summer meal programs for 2022, and some of the flexibilities for the 2022-2023 academic school year: It allows for continued flexibility around the USDA’s stringent nutritional requirements due to supply chain challenges, and it increases the rate at which schools are reimbursed for school meals by $0.40 per lunch and $0.15 per breakfast.

On Thursday, the bill passed the House 376-42 (all opponents were Republicans). Rep. Bobby Scott (D-Va.), the chair of the House Education and Labor Committee, said the strong margin of support for the bill can be chalked up to how bad it would have looked for lawmakers not to support helping families feed their children. “I think the idea that children would be going hungry this summer is not something legislators want to be associated with,” he told Mother Jones.

But on the Senate side, some Republicans considered rejecting the bill. Sen. Rand Paul of Kentucky, for example, almost withheld his vote because he didn’t think the bill did enough means testing. Before all children were able to receive free school meals during the pandemic, the national school lunch and breakfast programs broke families up into groups based on their household incomes: Some students paid full price, others were eligible for reduced-price meals, and the poorest children got free meals. While the bipartisan Keep Kids Fed Act did not further extend the universality of free meals, it did seek to eliminate the “reduced price” category in favor of making those who would have qualified for it eligible for free meals instead. Ultimately, however, senators added the “reduced price” category back into the bill so that it could pass the Senate by unanimous consent, which it did Thursday night. (Due to the change, the House had to vote again on the amended version, which passed Friday.)

“Schools and parents can rest easy knowing that help is on the way so kids can continue getting school and summer meals,” Michigan Democrat Sen. Debbie Stabenow said in a statement celebrating the bill’s passage. “Congress is making sure school and summer meal programs get much-needed support to deal with ongoing food service issues and keep kids fed.”

But it’s really not that simple. Although the higher reimbursement rates and continued summer meal modifications will certainly help schools and low-income families, the bill is a temporary and watered-down version of the program that preceded it.

“It’s better than nothing,” says Jen Bove, the director of food and nutrition services for East Hampton Public Schools in Connecticut. “I just feel like it’s a case of Congress being able to sleep well at night thinking that they fixed the problem, but it’s a Band-Aid.”

Ending the universal nature of the program is a big part of the problem. Think of it like Costco: Buying in bulk usually means cheaper prices. So does making meals in bulk. In the fall, when most families will have to pay for meals again, fewer kids will opt to eat school-made lunches, making the cost of each school-made lunch even higher—and it was already high. “I thought my costs were bad in December when they were about 35 percent higher than normal. I ended the year with over 50 percent higher food costs,” says Bove. “My paper costs are almost double what they were last year.”

“Because it won’t be free anymore, my demand will go down and that’s going to affect the amount of people I can employ.”

A March USDA report showed more than 90 percent of school districts encountered supply chain challenges in the 2021-2022 school year, and nearly 75 percent of them reported issues with hiring and retaining sufficient staff.

In addition to the increased meal costs, Bove says going back to the non-universal system will affect the number of workers she can hire and the quality of the food she can serve. Last year, she had enough demand to justify making scratch-made sauces, which are healthier than processed store-bought sauces, and cheaper when made in large quantities. With fewer kids going through the lunch line, she won’t be able to do that anymore.

Experts also worry that going back to an application-based system for free and reduced-price meals starting in the fall will be confusing to parents, especially because schools will have to relay that information to families over the summer when most parents aren’t paying attention to school communications.

The fact that the summer meal program just got approved, a month into most kids’ summer breaks, further complicates matters. Most school districts plan their summer feeding programs by springtime. Because Congress hadn’t yet extended the waivers in the spring, a wide swath of schools didn’t think they’d qualify for any federal reimbursement, since fewer than 50 percent of their students were eligible for free and reduced-price meals. Accordingly, they didn’t hire workers to distribute summer meals, or sign contracts with food vendors.

Boves’ district is included in this group. “It’s too little, too late for a lot of us,” she says.

While she won’t be able to create her own summer program this late into June, Bove says the bill will likely help other Connecticut schools expand their offerings and provide more grab-and go-options now that the rule requiring kids eat in a group setting is suspended. Parents from her district will be allowed to travel to other school districts that are operating summer feed sites and pick up free meals that they can bring home for their kids to eat.

The waivers will even allow parents to pick up several meals at a time. That is, of course, if they can leave work to get to the feed sites. Bove doesn’t know of any summer feeding locations around her that are closer than a 20-minute drive—each way.