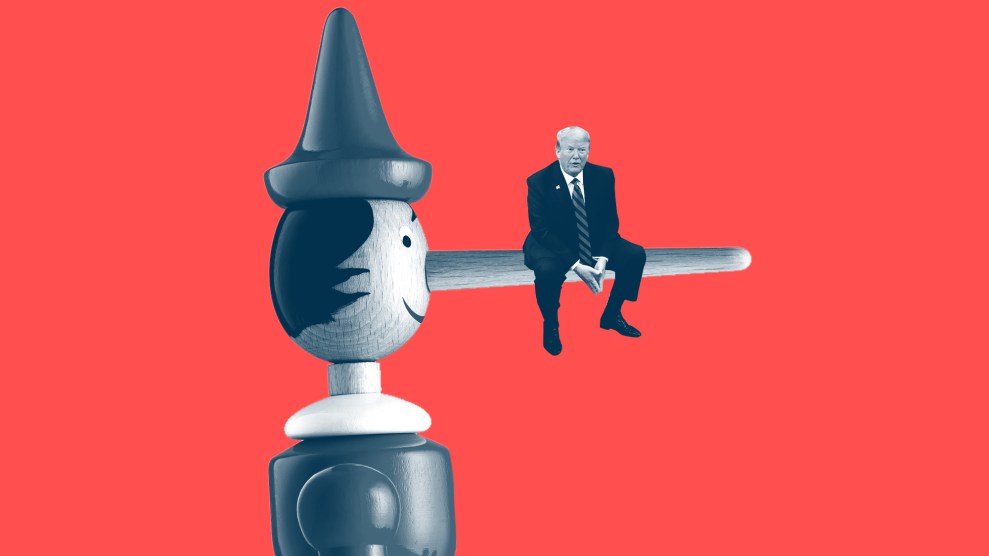 Some shit just got real for the White House.

Lt. Col. Alexander S. Vindman of the Army, the top Ukraine expert on the National Security Council, twice registered internal objections about how Mr. Trump and his inner circle were treating Ukraine, out of what he called a “sense of duty,” he plans to tell the inquiry, according to a draft of his opening statement obtained by The New York Times.

He will be the first White House official to testify who listened in on the July 25 telephone call between Mr. Trump and President Volodymyr Zelensky of Ukraine that is at the center of the impeachment inquiry, in which Mr. Trump asked Mr. Zelensky to investigate former Vice President Joseph R. Biden Jr.

You can read this cat’s opening statement below, as obtained by Politico.

Mr. Chairman and Ranking Member, thank you for the opportunity to address the Committees concerning the activities relating to Ukraine and my role in the events under investigation.

I have dedicated my entire professional life to the United States of America. For more than two decades, it has been my honor to serve as an officer in the United States Army. As an infantry officer, I served multiple overseas tours, including South Korea and Germany, and a deployment to Iraq for combat operations. In Iraq, I was wounded in an IED attack and awarded a Purple Heart.

Since 2008, I have been a Foreign Area Officer specializing in Eurasia. In this role, I have served in the United States’ embassies in Kiev, Ukraine and Moscow, Russia. In Washington, D.C., I was a politico-military affairs officer for Russia for the Chairman of the Joint Chiefs where I authored the principle strategy for managing competition with Russia. In July 2018, I was asked to serve at the National Security Council.

The privilege of serving my country is not only rooted in my military service, but also in my personal history. I sit here, as a Lieutenant Colonel in the United States Army, an immigrant. My family fled the Soviet Union when I was three and a half years old. Upon arriving in New York City in 1979, my father worked multiple jobs to support us, all the while learning English at night. He stressed to us the importance of fully integrating into our adopted country. For many years, life was quite difficult. In spite of our challenging beginnings, my family worked to build its own American dream. I have a deep appreciation for American values and ideals and the power of freedom. I am a patriot, and it is my sacred duty and honor to advance and defend OUR country, irrespective of party or politics.

For over twenty years as an active duty United States military officer and diplomat, I have served this country in a nonpartisan manner, and have done so with the utmost respect and professionalism for both Republican and Democratic administrations.

Before recounting my recollection of various events under investigation, I want to clarify a few issues. I am appearing today voluntarily pursuant to a subpoena and will answer all questions to the best of my recollection.

Also, as I will detail herein, I did convey certain concerns internally to National Security officials in accordance with my decades of experience and training, sense of duty, and obligation to operate within the chain of command. As an active duty military officer, the command structure is extremely important to me. On many occasions I have been told I should express my views and share my concerns with my chain of command and proper authorities. I believe that any good military officer should and would do the same, thus providing his or her best advice to leadership.

Furthermore, in performing my coordination role as a Director on the National Security Council, I provided readouts of relevant meetings and communications to a very small group of properly cleared national security counterparts with a relevant need-to-know.

My Service on the National Security Council

When I joined the White House’s National Security Council (“NSC”), I reported to Dr. Fiona Hill, who in turn reported to John Bolton, the National Security Advisor. My role at the NSC includes developing, coordinating, and executing plans and policies to manage the full range of diplomatic, informational, military, and economic national security issues for the countries in my portfolio, which includes Ukraine.

In my position, I coordinate with a superb cohort of inter-agency partners. I regularly prepare internal memoranda, talking points, and other materials for the National Security Advisor and senior staff.

Most of my interactions relate to national security issues and are therefore especially sensitive. I would urge the Committees to carefully balance the need for information against the impact that disclosure would have on our foreign policy and national security.

I have never had direct contact or communications with the President.

The Geopolitical Importance of Ukraine

Since 2008, Russia has manifested an overtly aggressive foreign policy, leveraging military power and employing hybrid warfare to achieve its objectives of regional hegemony and global influence. Absent a deterrent to dissuade Russia from such aggression, there is an increased risk of further confrontations with the West. In this situation, a strong and independent Ukraine is critical to U.S. national security interests because Ukraine is a frontline state and a bulwark against Russian aggression.

In spite of being under assault from Russia for more than five years, Ukraine has taken major steps towards integrating with the West. The U.S. government policy community’s view is that the election of President Volodymyr Zelenskyy and the promise of reforms to eliminate corruption will lock in Ukraine’s Western-leaning trajectory, and allow Ukraine to realize its dream of a vibrant democracy and economic prosperity.

Given this perspective and my commitment to advancing our government’s strategic interests, I will now recount several events that occurred.

When I joined the NSC in July 2018, I began implementing the administration’s policy on Ukraine. In the Spring of 2019, I became aware of outside influencers promoting a false narrative of Ukraine inconsistent with the consensus views of the interagency. This narrative was harmful to U.S. government policy. While my interagency colleagues and I were becoming increasingly optimistic on Ukraine’s prospects, this alternative narrative undermined U.S. government efforts to expand cooperation with Ukraine.

On April 21, 2019, Zelenskyy was seen as a unifying figure within the country. He was the first candidate to win a majority in every region of the country, breaking the claims that Ukraine would be subject to a perpetual divide between the Ukrainian- and Russian-speaking populations. President Zelenskyy ran on a platform of unity, reform, and anti-corruption, which resonated with the entire country.

May 21, 2019: Inauguration Delegation Goes to Ukraine

Volodymyr Zelenskyy was elected President of Ukraine in a landslide victory.

On July 10, 2019, Oleksandr Danylyuk, the Secretary of the National Security and Defense Council for Ukraine, visited Washington, D.C. for a meeting with National Security Advisor Bolton. Ambassadors Volker and Sondland also attended, along with Energy Secretary Rick Perry.

The meeting proceeded well until the Ukrainians broached the subject of a meeting between the two presidents. The Ukrainians saw this meeting as critically important in order to solidify the support of their most important international partner. Amb. Sondland started to speak about Ukraine delivering specific investigations in order to secure the meeting with the President, at which time Ambassador Bolton cut the meeting short.

Following this meeting, there was a scheduled debriefing during which Amb. Sondland emphasized the importance that Ukraine deliver the investigations into the 2016 election, the Bidens, and Burisma. I stated to Amb. Sondland that his statements were inappropriate, that the request to investigate Biden and his son had nothing to do with national security, and that such investigations were not something the NSC was going to get involved in or push. Dr. Hill then entered the room and asserted to Amb. Sondland that his statements were inappropriate.

On July 25, 2019, the call occurred. I listened in on the call in the Situation Room with colleagues from the NSC and the office of the Vice President. As the transcript is in the public record, we are all aware of what was said.

I was concerned by the call. I did not think it was proper to demand that a foreign government investigate a U.S. citizen, and I was worried about the implications for

the U.S. government’s support of Ukraine. I realized that if Ukraine pursued an investigation into the Bidens and Burisma, it would likely be interpreted as a partisan play which would undoubtedly result in Ukraine losing the bipartisan support it has thus far maintained. This would all undermine U.S. national security. Following the call, I again reported my concerns to NSC’s lead counsel.

The United States and Ukraine are and must remain strategic partners, working together to realize the shared vision of a stable, prosperous, and democratic Ukraine that is integrated into the Euro-Atlantic community. Our partnership is rooted in the idea that free citizens should be able to exercise their democratic rights, choose their own destiny, and live in peace.

It has been a great honor to serve the American people and a privilege to work in the White House and on the National Security Council. I hope to continue to serve and advance America’s national security interests.

Thank you again for your consideration, and now I would be happy to answer your questions.