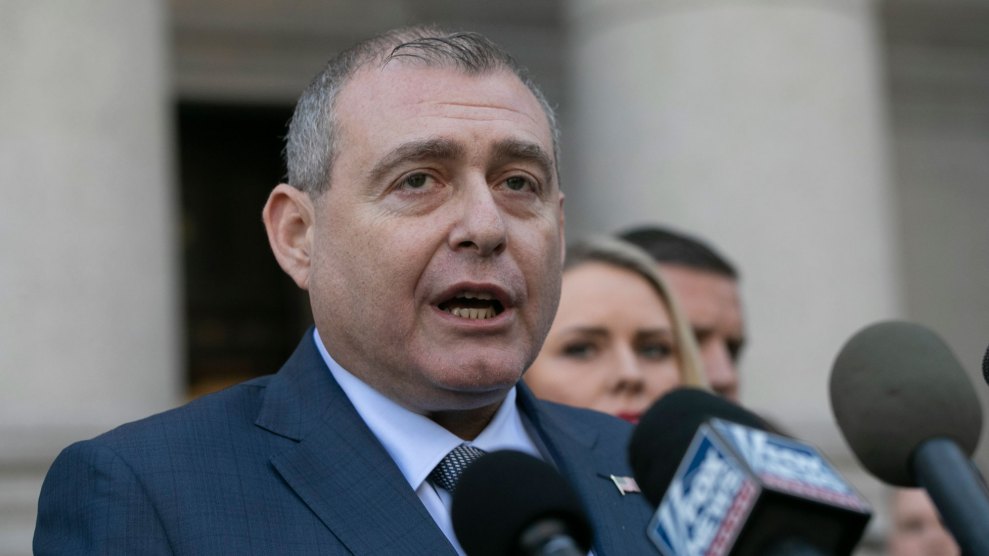 An attorney for Lev Parnas, a client of Donald Trump’s personal attorney Rudy Giuliani under indictment for allegedly making illegal political contributions, made an unusual claim in court on Wednesday: Some evidence in the investigation could fall under executive privilege.

The legal concept being promulgated here is that executive privilege behaves according to something like the transitive property—that the president’s privilege extends to Giuliani and thus extends to the goons to whom Giuliani had subcontracted the actual ratfucking work. That’s a wild stretch, but the more significant thing about the argument is that it explicitly ties the case to Trump.

Parnas and his associate Igor Fruman have pleaded not guilty to federal campaign finance charges. As my colleague Dan Friedman has reported, Giuliani, who has represented Parnas and Fruman, has said that his clients “have helped him seek political dirt in Ukraine on former Vice President Joe Biden and other matters,” an effort at the core of House Democrats’ impeachment inquiry.

Via the New York Times:

Edward B. MacMahon Jr., a lawyer for Mr. Parnas, said the potential for the White House to invoke executive privilege stemmed from the fact that Mr. Parnas had used Mr. Giuliani as his own lawyer at the same time Mr. Giuliani was working as Mr. Trump’s lawyer.

Mr. Parnas and Mr. Fruman were charged earlier this month with concealing the source of political donations in order to advance their own business interests and the political interests of Ukrainian government officials. Mr. Trump and Mr. Giuliani were not named in the indictment, although prosecutors are also investigating whether Mr. Giuliani broke lobbying laws in his dealings in Ukraine, according to people familiar with the inquiry.

Prosecutors say they have gathered a large volume of materials as part of the ongoing investigation, pursuant to more than a dozen search warrants. Mr. MacMahon asked that the government use a special team of prosecutors to review the evidence, saying Mr. Parnas’s relationship with Mr. Giuliani indicates some of the materials may be protected by attorney-client privilege or executive privilege.

“These are issues we need to be very sensitive to,” Mr. MacMahon told a federal judge on Wednesday. “I’m not telling you I know how to resolve this.”

He told reporters after Wednesday’s hearing: “I don’t know any more about how to invoke executive privilege than anyone else.”