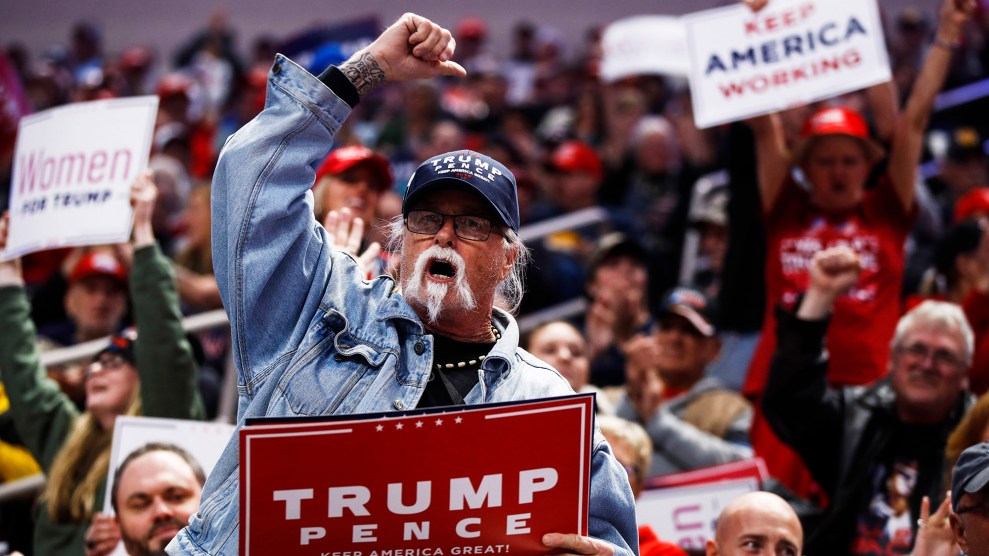 In an effort to brush off any controversy surrounding his infamous July 25 phone call with Ukrainian president Volodymyr Zelensky, President Donald Trump likes to tell people to “read the transcript”—which, by the way, is not actually a verbatim transcript—as if that document contained magical exculpatory evidence. But have Trump supporters actually read it?

Turns out they haven’t. At least, not the ones Jordan Klepper interviewed outside last week’s Trump rally in Hershey, Pennsylvania, for a recent episode of The Daily Show with Trevor Noah. In the segment, several Trump supporters waiting in the rain in MAGA hats admit that they haven’t read the transcript. “Don’t be a sheep. Think for yourself,” says one supporter. “But I have not read it.”

If they had read the transcript—five pages long, single spaced, and, per my hasty PDF to RTF file transfer, containing a little over 2,000 words—they might have noticed that the conversation was far from perfect. There’s one particularly damning line, in which Trump responds to Zelensky’s interest in purchasing military weapons by saying, “I would like you to do us a favor though.”* He goes on to ask Zelensky to investigate a disproven conspiracy theory about the 2016 election.

Then there’s the plea for Zelensky to investigate Trump’s political rival, former Vice President Joe Biden. “There’s a lot of talk about Biden’s son, that Biden stopped the prosecution,” Trump says, referring to Viktor Shokin, the allegedly corrupt Ukrainian prosecutor Biden helped remove. “A lot of people want to find out about that so whatever you can do with the Attorney General would be great. Biden went around bragging that he stopped the prosecution, so if you can look into it…It sounds horrible to me.”

That’s to say nothing about the smearing of career public servant and former US Ambassador to Ukraine Marie Yovanovitch, who testified during the House Intelligence Committee impeachment hearings. “The former ambassador from the United States, the woman, was bad news and the people she was dealing with in the Ukraine were bad news,” Trump said during the call, before assuring Zelensky that “she’s going to go through some things.” In her testimony before the House, Yovanovitch said, “I was shocked and devastated that I would feature in a phone call between two heads of state in such a manner…A person who saw me actually reading the transcript said that the color drained from a face.” Conduct becoming of a president? Decide for yourself.

Watch the full segment below:

And, if you still haven’t read the transcript, now is as good a time as ever: