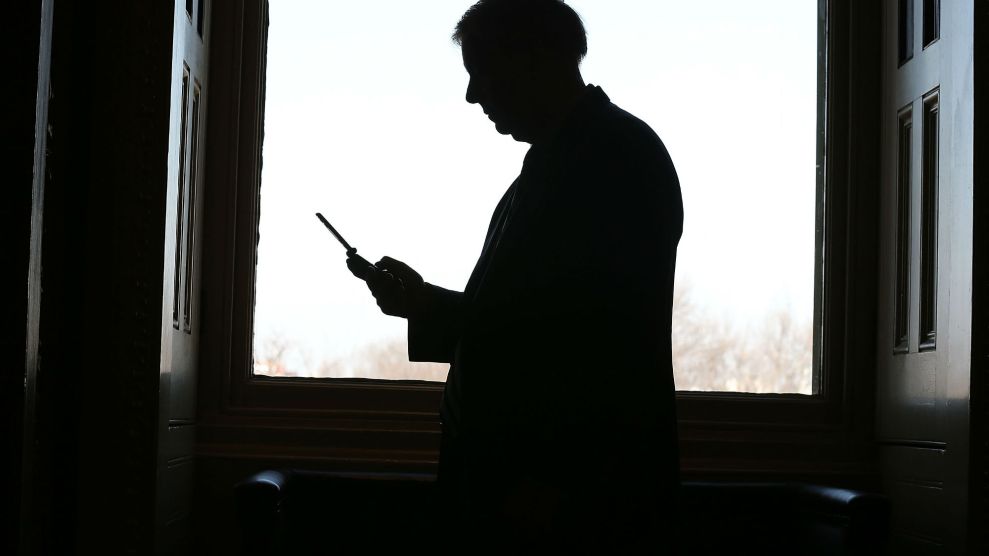 The Associated Press reports that the US Senate is about to launch a weeks-long experiment in which its members will be forced to put away their smartphones and maintain “silence, on pain of imprisonment.” This mandatory unplugging, based on a 19th-century senatorial tradition, is meant to improve senators’ focus and sense of decorum. Tweeting, Googling, sneaking in poker games, and checking the news will not be permitted for up to six hours a day. The digital cleanse could last between six and eight weeks, according to Sen. Ted Cruz (R-Texas).

This occasion for this self-imposed isolation, of course, is President Donald Trump’s impeachment trial, where senators will be reminded daily that talking or cellphone use are not allowed in the chamber.

“It’s going to be a new experience for a lot of my colleagues to not be able to talk and not be able to consult our email or text messages,” Sen. John Cornyn (R-Texas) told the AP. “But we’ll live through it, it’ll be all right.” Sen. Ben Cardin (D-Md.) joked, “There will be some withdrawal symptoms. We might have to take some tranquilizers.”

As journalist, I can empathize with the pain of being cut off from my electronic limb. While it is not known how many Americans suffer from Internet Addiction Disorder, the condition has been linked to “depression, anxiety, hostility, interpersonal sensitivity, and psychoticism,” according to Current Psychiatry Reviews. Studies show that excessive screen time for adolescents (often held up as benchmarks of politicians’ maturity) may lead to difficulty making friends, less emotional stability, and inability to finish tasks.

The AP documented several senators who seemed unprepared for the return to an analog workplace. Thursday, Sen. Dianne Feinstein (D-Calif.) “stole a few moments on her cellphone,” before being distracted by an aide who “motioned to her that it was time to escort Chief Justice John Roberts into the chamber.” During the day’s session, Sen. Bernie Sanders (I-Vt.) reportedly “clapped his hands quietly as if he was ready to get moving.” Sanders said he would have rather been campaigning in Iowa (where he would surely have had internet access). “But I swore a constitutional oath as a United States senator to do my job and I’m here to do my job.”

While senators may gripe about feeling disconnected during the workday, I, for one, envy their chance to tune out the president’s latest tweets as his impeachment trial proceeds.