KEVIN DRUM SMACKDOWN WATCH….In case you missed my (fascinating!) posts over the weekend about the Swedish banking crisis of the early 90s — I said nationalization was a modest part of their eventual solution, Steve Waldman disagreed — John Hempton chimes in with this: 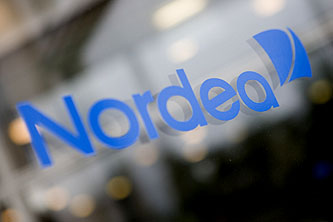 “Having long followed the Scandinavian banks (and once having spoked for 2% ownership of Nordea — the former State Bank) I can confirm that Steve Waldman is closer to the truth.”

Fair enough. But although I’m not wedded to my narrative, I think that if you’re interested in this subject you’ll probably get a better idea of what happened by reading both of our accounts, so here they are in order: me, Steve, me again. Nickel version: the Swedish solution involved some nationalization, a systemic bank guarantee, aggressive writedowns of bad assets, and an end to the early 90s recession. All of these things played a role. (Though, as Hempton points out, this was a Nordic banking crisis, not just a Swedish one, and Norway and Finland followed different paths than Sweden did. In particular, nationalization played a larger role in Norway than in Sweden.)

On a related noted, nationalization fan Felix Salmon wants to know why I’m so cautious about the notion of nationalizing Citigroup and Bank of America — and possibly other banks as time goes by. There’s a fairly long post I could write about that, but I’ll spare everyone that agony for the moment. (Short version: I prefer private ownership of just about everything unless there’s a really compelling reason for state ownership. So I don’t want to get stampeded into nationalizing banks. I want to hear a really compelling case for why we have to do it1.) Instead, I’ll just respond to something Atrios said today: “All along there’s been a general unwillingness to acknowledge that the banks lost a lot of money. It isn’t a problem of liquidity, or a problem of temporarily mispriced assets. The problem is that they lost a lot of fucking money.”

Right. I don’t think there’s a person on the planet who doesn’t realize this. The question is, how much fucking money have they lost? Federal regulators presumably have access to bank balance sheets, but they haven’t shared their findings with me, which means I don’t know how much trouble Citi and BofA are in. If they’re in big trouble, but not so big that they might not be able to work themselves out of it on their own, then I’d prefer a solution that allows that to happen. If their trouble is so deep that they’re just kidding themselves about their future prospects, then we nationalize. John Hempton, who argues that nationalization carries some significant costs, suggests something he calls “nationalisation after due process.” Picking up on Paul Krugman’s column today about a hypothetical Gothamgroup bank that’s in deep trouble, he proposes something like this:

It goes to the government. Under the Bush administration the government would make a set of rules up for Gotham over a disorganised weekend. The fait-acompli would be presented before Asian markets opened.

But it does not have to be that way. The government could inject some capital into the bank as a temporary subordinated loan. A third party could then be appointed (new management — or answerable to another arm of government) to produce fair accounts for Gotham. Ten weeks should do it. At the end of ten weeks Gotham will be found to have — as a middle estimate — say $150 billion in losses — it is thus negative capital by $50 billion or a full $150 billion short of its required regulatory capital.

The management of Gotham can go to the markets. If the management can raise $100 billion (something to get it back to half capitalisation) then the shareholders keep Gotham. Sure existing shareholders might get diluted — but at least they get to have a decent go at keeping their capital stake.

If they can’t or won’t fund the bank in full knowledge of its position then it is nationalised. It is in that case unambiguosly not theft — shareholders had the chance to keep the bank under fairly administered rules.

What I want is extreme government action (nationalisation) but with a process to ensure that existing property rights are honoured. I want the benefits of nationalisation (that it works) without the costs (that it is seen to be arbitrary to capital providers).

This is, roughly speaking, a proposal that I like. Enforce transparency, demand an aggressive writedown of bad assets, and then allow shareholders the option of holding on. If they don’t — if the bank is in such deep trouble that no one thinks it can work its way back to solvency even with government assistance — then the shareholders are wiped out and the government takes over. And no one can complain that the process was in any way unfair or unnecessary. A real-life plan might not take precisely this shape, but to answer Felix, this is roughly the kind of thing it would take to convince me that nationalization is the right approach.