MORE MOVIE MUSING….Responding to my earlier kvetching about Ron Howard’s dramatic liberties in A Beautiful Mind and Frost/Nixon, Sempringham asks: 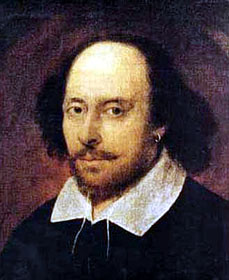 Were you annoyed with Milos Forman’s Amadeus? Or, for that matter, with Shakespeare’s Julius Caesar? Fictions, both of them. But if you can get over that … not awful.

Good question! The Shakespeare chestnut comes up every time someone complains about historical inaccuracies in films, but it’s a red herring. Shakespeare deliberately fudged a lot of his history because he was a stooge for the Tudors1, and fudged the rest because Elizabethan audences didn’t care as long as they got enough blood and gore. But the fact that Shakespeare was a great Elizabethan dramatist doesn’t mean we’re also required to celebrate Elizabethan mores in historical accuracy, any more than we’re required to celebrate Elizabethan mores in race relations, religious liberty, or criminal justice.

Moving on to Amadeus, the answer is yes, I was annoyed — but not all that much. I’ve never thought too much about why this is, but my guess is that I become more indulgent of this kind of thing the further back in history it is. Libeling Salieri just doesn’t seem like that big a deal to me, and having a generation of moviegoers misinformed about him likewise doesn’t seem like that big a deal.

But more recent events pose a bigger problem. A correspondent, who shares my view that filmmakers should be free to adapt fiction any way they feel like, tries to analogize this to docudrama:

Even though Frost/Nixon isn’t exactly the same thing as adapting literature to film, I think one might make a similar case about adapting history to film. When you translate a story from one context to another, the demands change. I guess I don’t have a problem with Howard inventing scenes to flesh out the psychodynamics of the narrative and/or develop his characters … after all, if you want just the facts ma’am, read the bonafide scholarly historical accounts or get your hands dirty with the primary documents themselves.

….I don’t see much ground on which to get all bent out of shape b/c these kinds of stories deviate from the “true” history, unless you go to these sorts of films to see meticulous historical reenactments, and this only makes sense if you think there is some fixed account of History that can be and retold “correctly.” The real standard of the film’s success ought to be how well it succeeds in conveying its meaning or truth(s) of the Frost/Nixon story.

Leaving aside the whole fraught issue of “truth” vs. truth, I’m still not sure I buy this. Granted, film has its own vocabulary and its own dramatic requirements, and I wouldn’t generally have a problem with inventing a few minor scenes to move the story along or deep sixing some detail that doesn’t change the main narrative. But A Beautiful Mind didn’t do that. It just flat out invented huge chunks of stuff that either never happened or else happened in completely different ways. If, literally, the only thing that matters is (a) mathematician, (b) mental illness, and (c) eventual Nobel Prize, then I guess Howard didn’t do anything wrong. But that seems like way too low a bar to me, and based on the reviews and criticisms, it sounds like something similar happened in Frost/Nixon.

So, anyway, I guess that’s where I come down. If you’re adapting fiction, everything is fair game. Make whatever movie your creative vision tells you to. If you’re adapting history, especially recent history, dramatic liberties should be used more sparingly unless the movie is clearly intended to be, say, a visual tone poem (The New World) or a piece of agitprop (JFK) specifically designed to get people arguing.

Aside from that, though, the public wanders around with enough misconceptions about basic facts of recent history already. There’s no need to deliberately make things worse, and there are plenty of good stories to tell. If the one you’re telling doesn’t have enough drama on its own merits, maybe you’d be better off finding a different one.

1Keith G thinks I’m being a wee bit hard on Will here. But see? That’s what happens when the rabble gets spoonfed bad (but exciting!) history from its betters.