REGULATING CARBON….Noah Millman writes today about the best way to regulate greenhouse gases without having the regulations fatally undermined by special interest lobbying:

Well, let’s look at the alternatives from the perspective of which is most likely to be deformed by special interests. It’s pretty easy to see how a big government investment in alternative energy could become a boondoggle giveaway to connected business interests that does nothing to reduce carbon emissions. Meanwhile, a cap-and-trade scheme is often marketed as being preferable to a tax on carbon because of the additional business associated with the “trade” side of the scheme, and because the existence of a market in emission permits and offsets would ensure the most efficient allocation of the “resource” of net carbon emission.

….I suspect that a small-government egalitarian would say that the best solution, from the triple perspective of trying to avoid regulatory capture by special interests, maximize personal freedom and autonomy, 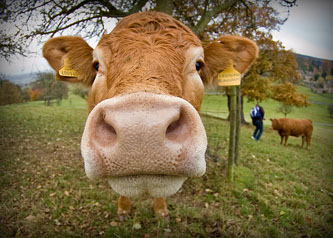 and actually reduce carbon emissions, is to slap a tax on carbon and return 100% of the revenue raised to the people, ideally in the form of a per-capita birthright dividend, something I speculated about here by analogy with Alaska’s Permanent Fund.

Noah goes on to say that libertarians are more open to this idea because of their natural distrust of big government. Liberals, who lack that distrust, end up promoting other ideas because they don’t take regulatory capture seriously.

In general, maybe there’s something to that, but it’s wrong in this specific case. In fact, ten or fifteen years ago liberals widely believed a carbon tax was by far the best way to implement some kind of carbon pricing scheme. Many of them still do, and most liberal economists believe that a tax is fundamentally more efficient than cap-and-trade. So why is cap-and-trade so popular on the left these days?

Technically, cap-and-trade has one1 big advantage over a tax: it’s a cap. With a tax, you have to set a rate and then hope that carbon emissions go down as much as you think they will. With cap-and-trade, you set a firm cap, and as long as enforcement is adequate you know you’ll meet that cap. The “trade” part is merely there to get back some of the efficiencies that you would have gotten automatically from a tax in the first place.

But that’s not why cap-and-trade has become so popular among liberals. The reason it’s become so popular is that conservatives and libertarians have teamed up to make the word “tax” so toxic that there isn’t an environmentalist in the country who thinks we can get a carbon tax through Congress. Remember Al Gore’s BTU tax in 1993? It went down in flames and took the Democratic Party down with it. And since then things have only gotten worse.

So: you want a carbon tax? No problem. You can get liberals on board pretty easily: all you have to do is promise them that conservatives and libertarians will climb on board too. And you want a rebate to taxpayers? Again, no problem. Every single liberal carbon pricing plan includes at least a partial rebate, and many include a 100% rebate. If the conservative/libertarian axis decided to give up on its 30-year anti-tax jihad, we could pretty easily end up with a compromise somewhere in the middle.

But that won’t happen. And that’s why cap-and-trade is the future of carbon pricing. It’s conservatives and libertarians who got us here, not liberals.

1There are other differences too. But this is the main one.