UNION ORGANIZING 101….Over at the Washington Monthly, T.A. Frank tells the story of workers at a Rite-Aid distribution center in the Antelope Valley, about 70 miles north of Los Angeles. At first, things were great. Then new management came in, conditions went from bad to worse, and finally the center’s workers decided to unionize: 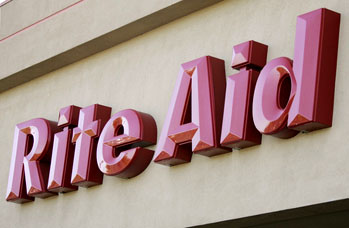 The Rite Aid organizers filed their union authorization cards with the NLRB, setting the ground for an election. And then things got ugly—and illegal, too….Eventually, the NLRB racked up so many complaints that it planned to take Rite Aid to trial on forty-nine violations of federal labor law. In the summer of 2007, though, Rite Aid chose to settle instead, agreeing to rehire two fired union supporters with back pay and to post a notice in a common area promising not to engage in thirteen types of illegal anti-union activity.

….[ILWU] won the March election, becoming the sole bargaining representative of the warehouse employees. And yet, the day after, things got worse….By August, thirty-nine more employees had been dismissed….Today, nine months later, Rite Aid and the ILWU have not yet come up with a contract. At meetings, Rite Aid has been pushing aside contract negotiations in order to discuss other things. Legally, Rite Aid is supposed to bargain “in good faith,” but such terms are highly subjective and difficult to litigate. Work conditions for the warehouse workers remain much as before, perhaps even worse. And that works to Rite Aid’s advantage — for when a union fails to deliver, its members may lose faith in it and vote it out.

The whole thing is worth reading to get some insight into how unionization drives really work as opposed to the civics class version of how they work. In the end, Tom argues that “card check,” which allows unions to organize merely by getting 50% of a site’s workers to sign authorization cards, may be the least important of card check legislation. The more important parts of the Employee Free Choice Act, he says, are the provisions that simply put teeth into existing labor law, levying serious fines for misbehavior and demanding that management bargain in good faith once a union wins an election.

I’m not so sure about that, but as an anecdotal point, it’s true that anti-EFCA attorney Peter Kirsanow, a former Bush appointee to the NLRB and now a frequent blogger at The Corner, usually seems more agitated about the forced bargaining provisions of EFCA than he does about the card check provisions per se. So maybe there’s something to Tom’s argument. Refusing to seriously bargain with a union even after they’ve won an election is a routine maneuver for anti-labor companies, and EFCA does away with that by allowing an arbitrator to set terms for a contract if management stalls for more than 120 days.

I still wouldn’t give up on card check, myself, but it’s true that aggressive enforcement of existing law, all by itself, would go a long way toward improving the lot of labor in America. Read the entire piece for more.