AMEX REDUX….On Saturday I vented about American Express’s habit of examining which shops you buy stuff at and then reducing your credit limit if they don’t like what they see. Megan McArdle thinks I’m being unrealistic:

This is what credit management looks like: you try to shut off access to the poor. Poor people have less financial cushion than wealthier people, and they are therefore much more likely to default on their debt.

….You can’t have it both ways. Either you want credit card companies and mortgage originators to do everything they can to keep credit risks out of their system — 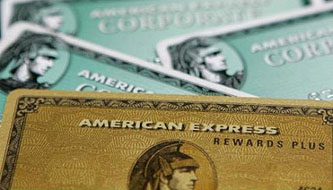 which means identifying people whose shopping patterns indicate financial trouble — or you want them to extend too much credit. The sad fact is that becoming a more responsible lender is largely synonymous with discriminating against the poor.

Saturday’s post was a vent, motivated more by the fact that I hate credit card companies than anything else, so let me take a moment to explain my real issue with what Amex is doing. Here’s the problem: I’m a privacy dinosaur who doesn’t like the idea of corporate America having access to my shopping history. What I buy, and where I buy it, are my business and no one else’s unless they have probable cause and a subpoena to make me cough it up.

Now, obviously I’m on the wrong side of history here, but I continue to think that Fortune 500 marketing departments having routine access to my shopping habits is a far more corrosive practice than most people acknowledge. In the case of supermarkets and their loyalty card tracking programs, though, at least I have a choice. It’s not much of a choice for most people, since the only way to opt out is to increase your grocery bill considerably, but you can still do it. In the case of your credit card company, you can’t. They occupy an extremely privileged place in the financial system that automatically gives them access to your shopping history.

Normally, when financial intermediaries have access to sensitive information like this, regulations on what they can and can’t do with it are pretty strict. They should be here too. I don’t have any real problem, for example, with generic transaction shaping being used for fraud detection. That’s not punitive in any way and doesn’t rely on knowledge of specific purchases. Credit limit decreases are another story, especially since they can trigger a surprisingly vast waterfall of dire consequences for people (thanks to some of the other indefensible practices of the credit card industry). So in the same way that auto insurance companies in California aren’t allowed to use redlining to set rates even though it probably “works,” I don’t think credit card companies should be allowed to mine your private shopping history to decide whether or not to cut you off from your credit supply. They’re taking unfair advantage of their inherent access to private information, and whether they like it or not, they shouldn’t be allowed to use this information themselves any more than they should be allowed to sell it to telemarketers or direct sales companies.

I’ll add two more things to this. First, shed no tears for the card issuers. They have plenty of other ways of tracking your creditworthiness. Taking this one away won’t hurt them much. Second, it’s pretty obvious that Amex understands they went too far, since (or so they say) they ended this program when people started asking questions about on Good Morning America and the New York Times. But I’d feel a lot better if, instead of relying on their PR horse sense, we had some federal regulation to make sure this program — and lot of other credit card practices much worse than this — were dead and buried for good.