Megan McArdle is unhappy with how Obama is running the country:

Having defended Obama’s candidacy largely on his economic team, I’m having serious buyer’s remorse.  Geithner, who is rapidly starting to look like the weakest link, is rattling around by himself in Treasury.  Meanwhile, the administration is clearly prioritized a stimulus package that will not work without fixing the banks over, um, fixing the banking system. 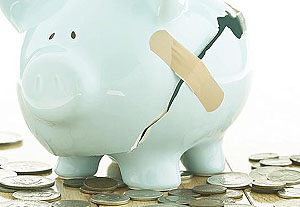 Unlike most fiscal conservatives, I’m not mad at him for trying to increase the size of the government; that’s, after all, what he got elected promising to do.  But he also promised to be non-partisan and accountable, and the size and composition stimulus package looks like just one more attempt to ram through his ideological agenda without much scrutiny, with the heaviest focus on programs that will be especially hard to cut.

I picked this at random because it’s representative of a groundswell of similar complaints.  And I suppose I should be happy with this groundswell since I think it’s pretty important that we fix the banks and fix the banking systems.  Still, what exactly do people expect?

Did Obama prioritize the stimulus first?  Of course he did.  It’s something that could be passed fairly quickly, and the faster it was passed the faster the money could work its way into the economy.  Fixing the banks is just the opposite.  Even the most optimistic observers don’t think the banking system can be repaired any time soon.

There are two aspects to this.  First, what should we do about weak individual banks?  Second, how should the financial regulatory system be reformed?  Neither of them is something that’s amenable to a quick fix.

On the first, Geithner announced a plan a few weeks ago, and Wall Street immediately began whining about how vague it was.  At the time, I sort of agreed, but since then I’ve begun to wonder just what people expected.  That Geithner would walk up to the podium and announce he was seizing Citigroup?  Some magical plan to turn toxic waste into gold?  A trillion dollars to shower on the bankers of America?

But look: there’s just no quick solution here.  At least, not one that’s practical.  He can’t take over banks without some pretty good justification, and the stress tests he announced are the minimum necessary for that justification.  His plan to value toxic waste probably won’t work, but that’s because probably nothing would work.  And while lots of free money for bankers would be popular with bankers, it ain’t gonna happen.

So, yeah, in public he appears to be dithering.  And the rock jawed titans of Wall Street are doing the same thing they always do when things aren’t quite going their way: they weep and moan and panic.  It’s quite a spectacle.  But honestly, this is something that’s going to take months to address at a minimum.  That’s just the way it is.  Going into a panic because we’re well into his seventh week and Obama hasn’t cured the economy is silly.

As for regulatory reform, well, I’d like to hear more about it too.  But that’s something that will be the work of years.  And it won’t have much immediate effect on the current financial crisis anyway.

So, yeah, Geithner could stand to be a little more reassuring in public, and it would be nice if he could fill empty Treasury positions a little faster, and I’m holding out hope that his stress tests will lead to some dramatic action by mid-Spring.  But all legends to the contrary, FDR didn’t fix the world in a hundred days, and the fact that the internet has made everybody even more impatient than usual doesn’t mean Obama can fix it that fast either.  I think it’s time to chill a bit.