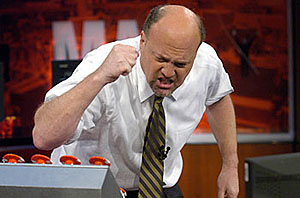 Indeed, the only consistent predictor was fame — and it was an inverse relationship. [The worst performance came from] experts who provided strong, coherent points of view, who saw things in blacks and whites. People who shouted

….Mr. Tetlock called experts such as these the “hedgehogs,” after a famous distinction by the late Sir Isaiah Berlin (my favorite philosopher) between hedgehogs and foxes. Hedgehogs tend to have a focused worldview, an ideological leaning, strong convictions; foxes are more cautious, more centrist, more likely to adjust their views, more pragmatic, more prone to self-doubt, more inclined to see complexity and nuance. And it turns out that while foxes don’t give great sound-bites, they are far more likely to get things right.

This was the distinction that mattered most among the forecasters, not whether they had expertise. Over all, the foxes did significantly better, both in areas they knew well and in areas they didn’t.

I don’t have any actual data to back this up — which, ironically, might make this a hedgehog-ish thing to say — but my experience suggests that a key difference between the two types is respect for history and broad trends.  That is, Tetlock’s foxes understand that if you want to know what’s going to happen in the future, you should pay attention to what’s happened before.  If simpleminded data says there’s a housing bubble, there’s probably a housing bubble.  If foreign occupations usually turn into guerrilla wars, then your occupation is probably going to turn into a guerrilla war.  If tax cuts usually reduce government revenues, then your tax cut will probably reduce government revenues.

The problem is that most people don’t find this kind of thinking at all persuasive.  If somebody gets on TV back in 2005 and explains in detail why this time it’s different and high housing prices are completely sustainable, it all sounds vaguely plausible.  The skeptics don’t believe it, but they don’t have fancy arguments.  They just point to a chart and say that the numbers look really high by historical standards, and whenever that’s happened in the past there’s been a crash.  So there’s probably going to be a crash this time too.  And they’re duly ignored.

Details are important for operational planning, but they mostly just blur things at a broader level.  Even in my own areas of expertise, I’ve usually found that to be true: if the broad trends point in a particular direction, odds are that’s what’s going to happen.

“This time it’s different” is probably the most dangerous phrase in the world.  It’s especially dangerous because every once in a while it’s true.  But not often.

As for Tetlock, I’ve read so many columns about him that I guess I really ought to read his book.  Too bad it’s not available for the Kindle.  Princeton University Press needs to get on the stick.