The Washington Post reports on the way modern trade wars are being waged:

Ordered by Congress to “buy American” when spending money from the $787 billion stimulus package, the town of Peru, Ind., stunned its 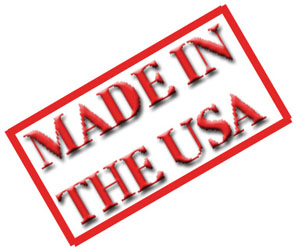 Canadian supplier by rejecting sewage pumps made outside of Toronto. After a Navy official spotted Canadian pipe fittings in a construction project at Camp Pendleton, Calif., they were hauled out of the ground and replaced with American versions. In recent weeks, other Canadian manufacturers doing business with U.S. state and local governments say they have been besieged with requests to sign affidavits pledging that they will only supply materials made in the USA.

Outrage spread in Canada, with the Toronto Star last week bemoaning “a plague of protectionist measures in the U.S.” and Canadian companies openly fretting about having to shift jobs to the United States to meet made-in-the-USA requirements. This week, the Canadians fired back. A number of Ontario towns, with a collective population of nearly 500,000, retaliated with measures effectively barring U.S. companies from their municipal contracts — the first shot in a larger campaign that could shut U.S. companies out of billions of dollars worth of Canadian projects.

….The United States is not alone in throwing up domestic policies assailed by critics as protectionist. Britain and the Netherlands, for instance, are forcing banks receiving taxpayer bailouts to jump-start lending at home at the expense of overseas clients. French President Nicolas Sarkozy initially insisted that his nation’s automakers move manufacturing jobs home in exchange for a government bailout, but backed down after outrage surged among his peers in the European Union, of which France is a central member.

This isn’t good news or anything, but frankly, it’s really not much in the way of bad news either.  If this is as far as things go, I’d say we got through the recession without much damage at all to the international trade regime.

Frankly, I’m surprised there hasn’t been more sentiment in favor of protectionism than there has been.  For better or worse, it’s a testament to just how strongly the consensus in favor of liberal trade policies has become over the past few decades.  There’s really no going back anymore.