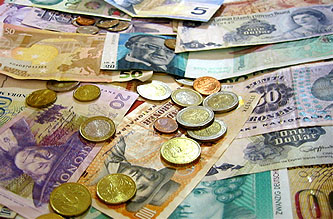 What happened is that the Clinton administration promulgated a rule that was designed to simplify the classification of different kinds of subsidiaries. Within months of the rule coming out, the career civil servants in the Treasury Department noted that there was potentially a huge tax loophole here.

….As soon as it was noted, an effort was put in place to change it. But a ferocious lobbying battle opened up, with the apologists for tax havens arguing that, basically, it was [other countries’] ox that was getting gored here so Americans shouldn’t care. Over the years, however, that turns out to be wrong. The availability of this loophole is a significant incentive for companies to invest in their overseas subsidiaries and take advantage of the tax shell game. It’s a loophole that nobody ever intended to create, and that should be done away with forthwith.

Whether this is really a big incentive to invest overseas is probably debatable, but it’s nonetheless true that it was only an unanticipated side effect of check-the-box that allowed companies to use it to avoid taxes on overseas earnings.  So good for Obama for trying to partially get rid of it.

Except for one thing.  It really is true that America is virtually the last country in the world that tries to tax overseas profits earned by multinational companies in the first place. Everyone else, including all those fine social democrats in western Europe, have long since moved to a seemingly more sensible system in which each country simply taxes its own domestic profits regardless of where parent companies are headquartered.  This avoids all sorts of complications related to double taxation and allocation of expenses and seems to be genuinely more efficient as well.  You can find a pretty good discussion of the basic issues here.

So what’s the deal?  Should liberals be in favor of closing this loophole, since it is, after all, a loophole?  Or should we be in favor of not just leaving it alone, but going further and changing our corporate tax law to eliminate taxation of overseas profits entirely?  Or perhaps changing the law, but only as part of a package that makes our corporate tax code more sensible overall?  What’s the party line here?