Matt Yglesias argues that the Obama administration has done the right thing by proposing that increased systemic risk authority be given to the Fed, which is insulated from the blowing of the political winds.  But I think this is backward.  If you’re going to create some kind of systemic risk regulator at all — about which I’m sort of agnostic in the first place — you want to 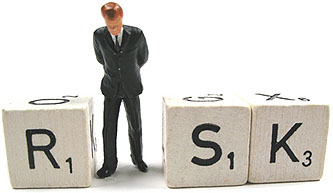 give the authority to an agency that’s institutionally dedicated to reducing risk and considers it a primary task.  That ain’t the Fed.  It’s just going to get buried in the bureaucracy and forgotten there.

Matt also points to a couple of things Obama got right in his new financial regulation proposal:

Their regulatory package is reasonably strong on two ideas that I think could work. On the one hand, they have this consumer protection business…..It [] continues to be somewhat unclear exactly how much of the bad lending activity was truly fraudulent, but it’s at least possible that stronger consumer protections will help keep things under control. Last and most important of all, I think, is the idea of creating a clear legal process for the “resolution” of large, complicated financial firms. This is the one aspect of the crisis where I think you really can say that policymakers did want to do something different and better than what they did (ad hoc bailouts and bankrupties) and really were restrained by a lack of statutory and regulatory authority.

These are both potentially good things — assuming Congress doesn’t water them down into useless swill.  But I think it’s wildly unlikely that a consumer protection agency would have prevented the housing bubble.  After all, plenty of agencies knew about the fraud in the home loan market.  They just didn’t do anything about it.  And the resolution authority, although it’s important, only addresses what do to after a bubble has burst.  What’s more important is trying to keep bubbles from inflating quite so high in the first place.

So color me still discouraged.  There’s a legitimate concern that we not go crazy and overregulate the finance sector in response to the events of the past year.  But frankly, we’re not within light years of that yet, and reckless overuse of leverage is still the key issue that needs to be addressed.  Obama’s plan is weak on that score, and it will probably get even weaker after Dodd and Schumer and K Street are done with it.  For more on that, read George Soros’s brief column in yesterday’s Financial Times.  It seems on target to me.