For the last couple of weeks Bob Somerby has been complaining that liberals are lousy at message framing.  Conservatives have their big government/low taxes message down to a science, but we just flail around. 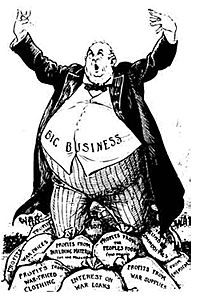 Flail, flail, flail.  Finally, today, he offers up his take on what our fundamental message ought to be:

You can’t expect Obama to compensate for the lack of a strong, well-established counter-narrative. But if we ever do build such a narrative, it would probably turn on these points:

First, it would turn on some well-crafted statement of an obvious fact: Big Moneyed Interests will try to loot you. They’ll do it every time — till they’re stopped.

Second, it might turn on a second obvious fact: Big Moneyed Interests will send tribunes out to deceive you. They will lie in your faces — till they’re stopped.

If Democrats and liberals hadn’t dozed all these years, we might have familiar, well-crafted versions of these obvious truths at our disposal. Voters might have heard those well-crafted statements many, many times….But if such messaging pre-existed, Obama could talk about the conduct of the insurance companies — and the things he said would fit into a larger framework, a framework voters pre-understood. But on your side, that larger framework simply doesn’t exist. Your side has slumbered, burbled and dozed. We are simply too lazy and indifferent — and too bought — to spend time on such messaging.

Well, I’m all for this.  Bill Clinton did yeoman work moving the Democratic Party toward the center and helping it regain power, but unfortunately he did it at the expense of also transforming it into a “business friendly” party.  It would be nice to turn that around.

But how?  Unfortunately, even among those of us who aren’t bought one way or another, there are an awful lot of people like me: business skeptical, perhaps, but not really business hostile.  I think the business community need to be treated like teenagers on a football team: lots of good energy and good hustle, but they work best when they’re guided by a firm hand.  I want corporations regulated fairly strictly, but not because I bear most of them any malice or anything.  I just know that, like any teenager, they’ll test their boundaries to the breaking point, so those boundaries need to be clear and well enforced.

That’s not a real clean message, though.  Better go with Bob’s instead, I guess.