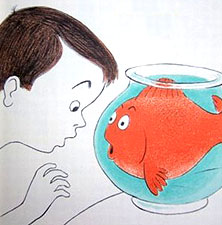 Why? In Keynesian terms, poorer people have a higher marginal propensity to consume….Poorer people disproportionately use their cash to purchase goods, while richer people disproportionately “save” by purchasing financial assets. If the supply of both goods and financial assets is not perfectly elastic, then increases in demand will be associated with increases in price. If relative demand for goods and financial assets is a function of the distribution of cash, what price changes occur will be a function of who gets what.

Turn that around, of course, and you limit asset inflation but promote consumer inflation instead, which has to be held in check via periodic recessions.  So the question is, which would you rather have: periodic modest recessions or long periods of stability interrupted by occasional huge bubbles bursting?  The latter is typical of the “Great Moderation” of the post-1980 era, and Steve argues that it’s been economically destructive in multiple ways:

First, in exchange for apparent stability, the central-bank-backstopped “great moderation” has rendered asset prices unreliable as guides to real investment. I think the United States has made terrible aggregate investment decisions over the last 30 years, and will continue to do so as long as a “ride the bubble then hide in banks” strategy pays off. Under the moderation dynamic, resource allocation is managed alternately by compromised capital markets and fiscal stimulators, neither of which make remotely good choices.

Second, by relying on credit rather than wages to fund middle-class consumption, the moderation dynamic causes great harm in the form of stress from unwanted financial risk, loss of freedom to pursue nonremunerative activities, and unnecessary catastrophes for isolated families.

Finally, maintaining the dynamic requires active use of policy instruments to sustain an inequitable distribution of wealth and income in a manner that I view as unjust. In “good times”, central bankers actively suppress the median wage (while applauding increases in the mean wages driven by the upper tail). During the reset phase, policymakers bail out creditors. There is nothing “natural” or “efficient” about these choices.

Regular readers will be unsurprised that I generally agree with all this, although I might put it a little more pithily: rich people tend to do really stupid things when they have too much money lying around for too long.  So do poor people, of course, but in their case “too much money” is only enough to buy a bigger TV, not enough to blow up the world.  That’s why I think getting a handle on rising income inequality is important.  To paraphrase William F. Buckley, if I had an extra million dollars to divvy up, I’d rather give it to the first thousand names in the New York City phone book than to the CEO of Goldman Sachs.