After the election last November I noted that “for the first time since Reconstruction, the South will be almost completely shut out of national power….This is the first time this will be true in well over a century.”

Over at the Economist, an exile from Dixie puts a little more meat on those bones.  During the 90s and early oughts, he notes, Washington was 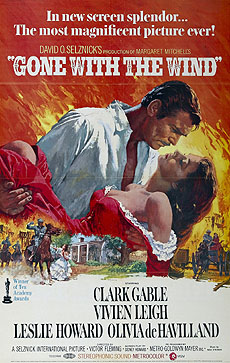 almost completely controlled by Southerners: Clinton, Gore, Gingrich, Armey, Lott, Bush, Frist, and DeLay.  “It was southerners in every position of power for an unusually long time.”

In 2006, things started to go wrong. Nancy Pelosi (California) and Harry Reid (Nevada) took over the top jobs in Congress. Then Barack Obama (Illinois) was elected president, and declined to balance his ticket regionally by picking a southerner.

But the Republican leadership shifted too. The party ran two non-southerners for president and vice-president in John McCain and Sarah Palin. The RNC is now run by a black Marylander, Michael Steele. The House minority leader, John Boehner, hails from Ohio. The whip’s job has gone to Eric Cantor who, though Virginian, is an atypical southern Republican in being Jewish. Only Mitch McConnell (Kentucky), the Senate majority leader, is the stereotypical white Protestant southerner. His whip and assistant, John Kyl, comes from Arizona.

“I want my country back,” has become a conservative-populist rallying cry. They have not truly lost their country, but have seen a wild swing of power north and towards the coasts. It won’t last, either. But it’s a painful reality right now for a region that once revelled in separatism, then dominated the country as a whole for an oddly long stretch.

Despite the oceans of ink spent analyzing the electoral shift in 2006 and 2008, I continue to think this transformation has been underappreciated.  The Old South has punched above its weight in American politics ever since 1787, and during the few times their influence has temporarily waned (Reconstruction, the 60s) it drove them crazy with fear and persecution mongering.  So it’s not really surprising that it’s happening again.

It’s hard to say what’s next.  Republicans are the party of the South these days, and sure, the GOP will regain power eventually.  But will they be able to do it if they remain a party dominated by the culture of Dixie?  Demographics suggest pretty strongly that they can’t, which means that eventually the South will have to come to grips with the fact that they no longer hold the whip hand in American politics and probably never will again.  This means acknowledging that they’re just another region, one with influence that waxes and wanes but basically corresponds to their population.  I wonder how long it will take for them to do that?