Politico reports that the White House plans to change direction next year: 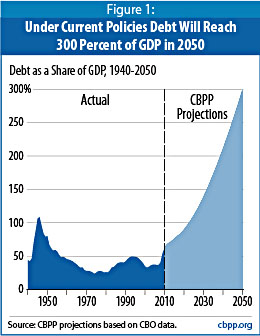 deficit in 2010 — and will downplay other new domestic spending beyond jobs programs, according to top aides involved in the planning.

….“Democrats have to reassure voters we are not being reckless,” said a Democratic official involved in the planning. “The White House knows this and that’s why we’ll be hearing a lot about reducing the deficit early next year. Democrats owned this issue for the past four years and cannot afford to cede it to Republicans now.”

I think I’m more sympathetic toward this approach than most liberals.  Part of the reason is practical: although it would probably be wise to focus more on job creation right now than we are, that’s just not in the cards.  There aren’t the votes for it, and there’s not much point in endlessly tilting at windmills.

But on a policy basis I think this might be a good idea too.  It’s unlikely that Obama will try to do anything to cut spending in 2010 itself (or 2011 for that matter), but some initiatives that credibly promise to reduce the deficit in 2012 and beyond would be smart both politically and economically.  Politically because a guy who’s approved a trillion dollar stimulus package, a trillion dollar healthcare bill, a trillion dollar energy bill, and (possibly) a substantial increase in Afghanistan spending, needs some credibility on the spending front.  It’s also smart politically because it puts Republicans in a tough spot: they’ve been screaming for months about fiscal rectitude, and this forces them to put their money where their mouths are.  That has the potential to hurt them at the polls whether they go along or not.

But it’s smart economically too, because we really do have a long-term deficit problem.  I’m not the biggest deficit hawk in the world or anything, but if it starts to look like we can’t ever get our deficits under control, we run the risk of blowing up another bubble, getting further in hock to the Chinese, losing the trust of the international financial community, and more.  Obama was smart to try and accomplish as much as he could as soon as he took office, but he’d also be smart to make some serious gestures toward long-term stability once he’s passed all his big bills.  More here from CBPP if you want a smart, reliably progressive take on the issue.