Does healthcare insurance save lives? Megan McArdle touched off a discussion about this with a recent short article in the Atlantic which points out that when uninsured 64-year-olds go on Medicare, there’s no noticeable effect on mortality. I’ve been a little uninterested in this debate, though, since (a) any short-term effect from Medicare is almost bound to be so small that it’s barely measurable, and (b) mortality is a tiny part of the reason I support universal health coverage anyway. 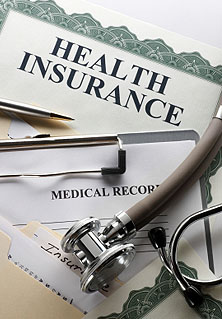 Even if universal coverage didn’t save a single life, I’d still think it was a good idea for reasons of efficiency, social justice, cost saving potential, and basic human decency, as well as its medical effect on things that are just shy of mortality: preventive care, pain reduction, life improvement, employability, stress reduction, medical bankruptcies, etc.

Over at Austin Frakt’s place, Harvard’s Michael McWilliams basically agrees. He surveys the full literature and concludes that looking for differences in mortality over a period of a year or two isn’t likely to produce firm results one way or the other, but that the effect of insurance on overall health is pretty much indisputable:

To date, numerous studies have found consistently beneficial and often significant effects of insurance coverage on health across a comprehensive set of outcomes and a broad range of treatable chronic and acute conditions that affect many adults in the U.S., including hypertension, coronary artery disease, congestive heart failure, stroke, diabetes, HIV infection, depressive symptoms, acute myocardial infarction, acute respiratory illnesses, and traumatic injuries (McWilliams 2009).  In particular, several studies have robustly demonstrated positive effects of near-universal Medicare coverage after age 65 on self-reported health outcomes and clinical measures of disease control, particular for adults with cardiovascular disease or diabetes who make up two-thirds of the near-elderly (Decker and Remler 2004; McWilliams et al. 2007, 2009).

….How many lives would universal coverage save each year?  A rigorous body of research tells us the answer is many, probably thousands if not tens of thousands.  Short of the perfect study, however, we will never know the exact number.  In the meantime, we can let perfect be the enemy of good.  Or we can recognize the evidence to date is sufficiently robust for policymakers to proceed confidently with health care reforms that promise substantial health and financial benefits for millions of uninsured Americans.

I’d toss in a cool chart on some aspect of this debate, but unfortunately the scholarly version of McWilliams’s piece costs $41.19 (plus tax!), which exceeds my research budget for the month. But the bottom line is pretty simple: health insurance improves health, and improved health almost certainly saves lives.

But remember: even if it doesn’t, it improves health. That’s what everyone should be focused on.

UPDATE: Friend-of-the-blog RSA sends along a copy of McWilliams’s article, but sadly it contains no charts. However, it does contain a table outlining the results of his literature review. Basically, his goal was to review results since 2002, and what he found was 30 studies that showed positive and statistically significant correlations between insurance and health outcomes, compared to nine that showed no significant results. Details below: