Obama, after all, has nearly tripled the number of U.S. troops sent to Afghanistan. He has approved nearly twice as many CIA airstrikes against Taliban targets in Pakistan during his first year of office as President Bush did in his final year (65 vs. 36), killing more than twice as many militants in the process (571 vs. 268).

He has sent military trainers to help the Yemeni government fight al-Qaida insurgents. He has continued to boost the military budget. He has maintained the Bush administration’s secret surveillance programs (despite protests from many Democrats). And Palin seems to have forgotten the time, last April, when Obama authorized SEAL sharpshooters to kill the three armed pirates who’d hijacked the merchant ship Maersk Alabama off the coast of Somalia.

I didn’t get around to commenting on this, but it seemed like a pretty good reply. What right-wing hawk could argue with all this, after all? The answer, it turns out, is former Pentagon apparatchik and torture apologist Marc Thiessen:

Hold the applause. Obama’s escalation of the “Predator War” comes at the very same time he has eliminated the CIA’s capability to capture senior terrorist leaders alive and interrogate them for information on new attacks. 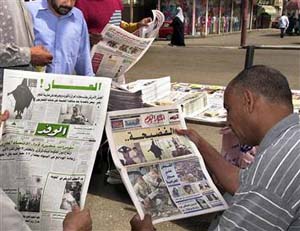 The Predator has become for President Obama what the cruise missile was to President Bill Clinton — an easy way to appear like he is taking tough action against terrorists, when he is really shying away from the hard decisions needed to protect the United States.

But what, exactly, does Thiessen mean here? Matt Yglesias translates:

The piece would make sense if only Thiessen were willing to write in the English language. He is, as we’ve seen, an advocate of torture. He thinks torture is an excellent thing, and like the leaders of the Spanish Inquisition he thinks it’s morally obligatory for the government to torture people. From inside this twisted mental space, the notion that killing terrorists is too soft on terror starts to make sense. After all, in Thiessenland it’s better to let four terrorists go free if that lets you torture a fifth. That’s just how awesome he thinks torture is. But he won’t write the word “torture” or say clearly “the problem with Obama killing these terrorists is that he should be torturing them.”

That pretty much seems to be true. Thiessen’s use of the phrase “question them effectively” does indeed seem to be a thin euphemism for “torture them.” After all, although the Obama administration has (following the lead of the Bush administration) increased the use of drone strikes, it hasn’t, in fact, eliminated the CIA’s capability to capture terrorists. What it has done is insist that interrogations of captured terrorists follow the guidelines in the Army Field Manual. In other words, no torture. But for some people, I guess that amounts to the same thing.