David Frum argues today that the congressional revolution of the 70s — when the filibuster was made easier to use, the power of committee chairmen declined, Congress became more egalitarian, and campaign finance reform broke the power of the parties — has caused the legislative process to break down:

Take this quiz. Name the most important legislation enacted in the 30 years between 1950 and 1980. 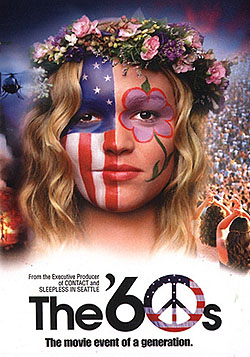 Endangered Species Acts. Supplemental Security Income in 1974. I could fill the whole screen.

Now … the next 30 years. There’s the Reagan tax cuts of course. Deregulation of the savings & loans in 1982. The Americans with Disabilities Act in 1990. Welfare reform in 1995. Medicare Part D. What else?

Matt Yglesias points out that you can hardly talk about polarization and gridlock without mentioning the racial realignment of the parties that’s affected politics so strongly in the post-Reagan, and I think that’s right. But I’d add something else. The era between 1950 and 1980 was an essentially liberal one. That applies to the 60s and 70s pretty obviously, but even the 50s, underneath McCarthyism and the man in the gray flannel suit, was defined mainly by consolidation of the New Deal. Eisenhower wasn’t called a New Republican for nothing.

The succeeding 30 years, famously, were primarily conservative. And that makes a fundamental difference. Liberals, by nature, want to change things. They want to pass big stuff. Conservatives, by nature, want to conserve. They want to prevent change. Occasionally this takes the form of rolling back liberal programs (tax cuts, welfare reform), but rolling back progress is hard and rare. For the most part, conservatism takes the form of not undertaking big legislative changes. So it’s hardly any surprise that a conservative era is marked by lack of seminal congressional actions.

What’s really noteworthy isn’t that 1980-2010 was a marked by a conservative approach to legislation, but that we should be at the start of a new liberal era right about now. Maybe not a repeat of the 60s, but still something. Times change, cultures change, and problems change — and conservatives can keep the lid on this bottle just so long before it’s ready to blow. By now, America ought to be ready for fundamental financial reform, healthcare reform, energy reform, and social reform.

But it’s not, really. All of these things poll well in vague terms, but don’t really garner a lot of deep support. It’s this, even more than legislative maneuvering, that’s allowed Republicans to stop Democratic plans in their tracks. We liberals just haven’t made the case for change compellingly enough.