For the past week or so bloggers have been compiling lists of ten books that have influenced them throughout their lives. I haven’t compiled mine yet, but you didn’t think I could hold out against doing this forever, did you? So here it is.

I should note: this is not a list of books that I’m recommending. If you want that, see here — though the list is outdated. The key idea in the following list is that these books influenced me for some reason — and not always because of the book’s content. Also: they aren’t all books. And there are more than ten. And my definition of “influenced” is a little more pedestrian than most people’s, I think. There are no big philosophy tomes or anything like that. That said, here they are in the order in which they influenced me:

1962-66: The Oz books, by L. Frank Baum and Ruth Plumly Thompson. We had a complete set of Oz books and my mother read them aloud to us when we were kids. They tended to get more outré and almost science fictiony toward the end of the series, and those were the ones I liked best. (My mother decidedly didn’t.) I credit this, more or less, with leading me in the direction of Tom Swift and then science fiction in general. 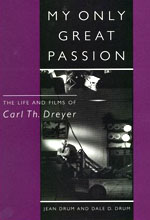 1967: My Only Great Passion, by Jean and Dale Drum. Although officially my father was a speech professor, he also specialized in film history and criticism, and in the 50s he struck up a correspondence with Carl Th. Dreyer, the great Danish film director (The Passion of Joan of Arc, Ordet). In 1967 he took a one-semester sabbatical and we all trooped over on SAS to live in the town of Køge for seven months while he and my mother did primary research for a biography of Dreyer. This was, by a wide margin, the most exciting thing that ever happened to me as a child.

(As it happens, the book failed to find a publisher after it was written. However, in the late 90s, after my father had died, my mother resurrected it at the urging of the head of the Danish Film Museum, headed to Denmark to do some additional research, and then updated the manuscript and got it published in 2000. If you’re looking for a full-length English-language biography of Dreyer, this is pretty much it.)

1969: Adventure Comics #378. The Legion of Superheroes! A Curt Swan/Neal Adams cover! My love affair with comic books was born.

1975: APL: An Interactive Approach, by Leonard Gilman and Allen J. Rose. I still have my dog-eared copy of this book. Aside from a few months in my senior year of high school I never actually used APL for anything, but it was the language that showed me how much fun computer programming could be. That changed my life, and this was the book that taught me. 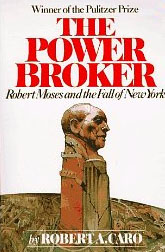 1979: The Power Broker, by Robert Caro. I probably don’t have to say much about this. You know, Pulitzer Prize and all that. But this book not only opened my eyes to the use of political power, but also, I think, inspired my continuing love of really long books. I’ve never been entirely sure if Caro was fair to Robert Moses, but then, I’ve never been entirely sure he wasn’t either.

1980: The Making of the President 1960, by Theodore White, and Fear and Loathing: On the Campaign Trail ’72, by Hunter S. Thompson. I think these are the two books that really got me interested in politics. I don’t know that I’d recommend the former other than for its historical interest, but the latter is great reading regardless of whether or not you care about the 1972 presidential campaign. Hell, it’s worth reading just for the scene where Thompson talks football with Richard Nixon.

1982: The Origin of Consciousness in the Breakdown of the Bicameral Mind, by Julian Jaynes. I warned you that I wasn’t necessarily recommending these books, right? In 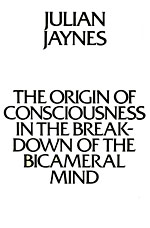 this one, Jaynes assembles evidence to suggest that up until a few thousand years ago humans were essentially all schizophrenic, routinely commanded by voices in our heads. (Thus the origin of all those endless pantheons of gods and goddesses.) However, as the two halves of our brains began to fuse, the voices ended — for most of us — and we became conscious and self-aware in the sense that we are today.

As it happens, virtually no one believes this. On the other hand, no less than Richard Dawkins says, “It is one of those books that is either complete rubbish or a work of consummate genius, nothing in between! Probably the former, but I’m hedging my bets.” Me too. And even if it is wrong, it’s a fascinating example of being wrong — complete with some really compelling explanatory power for the history of our species. It remains fascinating to me to this day. When I briefly took up fiction writing in the early 80s, my first story was based on Jaynes’s concept.

1985: Plagues and Peoples, by William McNeill. I think Matt Yglesias had this on his list, and I have it for the same reason: it was my first real introduction to a version of history in which everything you think you know turns out instead to be caused by some vast underlying movement you had never even considered before. In this case, it’s the effect of disease pools on the rise and fall of various civilizations. (The Spanish conquest of Mexico is the most famous example.) I think you have to be careful with adopting this kind of attitude toward history wholesale, but in the Great Man vs. Great Movement debate, I’m pretty clearly in the Great Movement camp, and this book is one reason why. It also prompted me to read McNeill’s The Rise of the West, which is a very good book. 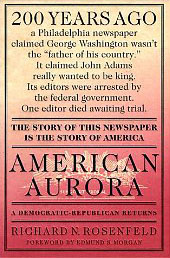 1998: American Aurora, by Richard Rosenfeld. This is a long book made up almost entirely out of excerpts from political newspapers published around the time of the Alien and Sedition Acts. That makes it sound boring. It’s not. (Though it’s frustrating at times unless you already have a pretty detailed knowledge of that era.) We’ve all heard about how politics in the past was actually far more polarizing and belligerent than it is today, and this book really makes that come to life. After you’ve read it, you won’t think of modern politics the same way again.

1999: The Promise of Sleep, by William Dement. I’ve always slept poorly and I hoped this book, by a famous sleep researcher from Stanford University, would help me figure out why. It didn’t. However, it did help me conquer jet lag, and you have no idea what a difference that’s made. So listen up. This is one of those cheap and easy pieces of advice that you’re often promised but almost never get in life.

A lot of people believe that if you, say, travel to Europe, all you have to do is force yourself to stay up all day on your first day and you’ll be OK. You won’t be. Here’s why: twice a day your body releases stimulants that wake you up. This is (awkwardly) called “clock dependent alerting,” and it happens once around 6 am and again around 7 pm or so — though this varies from person to person. So when I travel from California to Paris, even if I stay up all day and get to sleep just fine at midnight, around 4 am I’ll wake up. And for the next three hours, no matter how hard I try, I can’t get back to sleep. Around 6 or 7 am I can, but by then it’s time to wake up. Result: I’m completely wiped out for the rest of the day.

So here’s the answer: sleeping pills. Get a good quality prescription sleeping pill and take it when you go to bed even if you don’t need it to fall asleep. You don’t. You need it to stay asleep. I now take a sleeping pill every night for about a week (plus one on the plane over) when I travel to Europe, and it’s like a damn miracle. I literally have no jet lag at all.

(Obviously this depends a lot on where you’re traveling to and from. Going from LA to New York, for example, I take a pill because my evening stimulant rush hits around 10 pm and won’t let me get to sleep before 1 or 2 am. So in this case, the pill does help me get to sleep rather than keeping me asleep. If you’re traveling from the East Coast to Europe, ditto. If you’re traveling west, it’ll be something else. But the arithmetic is fairly easy to figure out. However, you really can hardly go wrong by just taking a pill an hour before bedtime and not fussing over it.)

(And if you’re one of those people who don’t care about this because you don’t suffer from jet lag? Well, I hate you. Any other questions?)

2002: kausfiles. Whatever else you can say about Mickey, in 2002 I started reading Slate in my free time and it was kausfiles that introduced me to blogging. Three days later I started my own blog, and boy did that change my life.

2002: The Threatening Storm, by Kenneth Pollack. This one is sort of an honorable mention. For a few months in 2002-03 I supported the Iraq war, and that was a really fucking stupid thing to do. This book was one of the big reasons why I did it. So on the theory that learning from your mistakes is important, this book deserves a place on my personal list.

2005: Before the Storm, by Rick Perlstein. This is the best piece of political history I’ve ever read. I think that’s recommendation enough. More here.