Matt Yglesias has been making the case recently that zoning and land use laws encourage suburban sprawl, and if we did away with them we’d have a greater number of dense, walkable neighborhoods. Cato’s Randall O’Toole took exception, so Matt condensed his argument into PowerPoint form:

There’s a lot I could say about this, but that’s a mistake in a blog post. So I’ll stick to one main point: these regulations aren’t something that’s been imposed by “government.” They exist because people really, 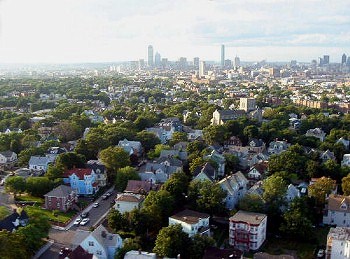 That’s how strong the desire is for suburban sprawl. Again: I’m not taking a position on whether this is good or bad. And I’m not saying the fight is hopeless. I’m just saying that everyone needs to understand what they’re up against here. It’s not zoning per se that causes sprawl, it’s the fact that lots of registered voters actively want sprawl and have successfully demanded rules that keep density at bay. These kinds of land use regulations aren’t going away without the mother of all knock-down-drag-out fights first.

And now for a second point, even though I said I wouldn’t make one: walkability is very difficult to create. It’s not enough to build a bunch of houses with shopping nearby. It’s not enough to have a few big apartment buildings. And there’s no practical way to convert an existing suburb into a high-density area. The thing is, you can’t be 90% walkable. You have to be 100% walkable, and for a development of any size you have to jam people together to get enough density to truly make that happen. You will never get this outside a central business core where the price of land is so high that you have no choice.

So….I dunno. Maybe eventually we’ll run out of oil and everyone will have to move into urban cores whether they like it or not. Short of that, though, I just don’t see how it’s going to happen. Working to keep existing city centers walkable seems eminently doable and eminently worth doing. Outside of that, though, building a truly walkable neighborhood strikes me as the next best thing to impossible.

So here’s a serious question: outside of a big city core, has anyone ever successfully built a walkable, high-density suburb? Not a village or a small town. I mean something really dense and walkable: a place where sidewalks are busy, mass transit is good, and there are plenty of high-rise apartment buildings. I know the New Urbanist folks talk about this a lot, but do any actually exist? Educate me, peeps.