John Heileman’s recent New York piece on financial reform tells us, among other things, that “it’s hard to find anyone on Wall Street who doesn’t speak of Obama 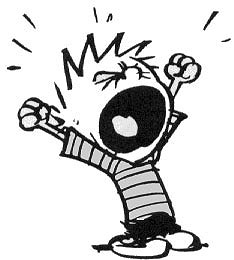 as if he were an unholy hybrid of Bernie Sanders and Eldridge Cleaver.” It’s always fun to link to someone else’s rant, so here’s James Kwak’s response:

Wall Street CEOs like to think they are the adults, the big men in the room, the ones who know how the world works. Well, you know what? They screwed up their own banks, the financial system, and the economy like a bunch of two-year-olds. Every single major bank would have failed in late 2008 without massive government intervention — because of wounds that were entirely self-inflicted. (Citigroup: holding onto hundreds of billions of dollars of its own toxic waste. Bank of America: paying $50 billion for an investment bank that would have failed within three days. Morgan Stanley and Goldman Sachs: levering up without a stable source of funding. Etc.) The financial crisis should have put to rest for a generation the idea that the big boys on Wall Street know what they’re doing and the politicians in Washington are a bunch of amateurs. Yet somehow the bankers came out of it with the same unshakable belief in their own perfection that they had in 2005. The only plausible explanation is some kind of powerful personality disorder.

It really is pretty mind boggling. I mean, obviously I get the fact that no one likes government interference in their business, no one likes being regulated, no one likes to make less money, and everybody has a million excuses for their own mistakes. But considering the epic FUBAR the bankers laid at our feet and the Obama administration’s obvious efforts to protect them from the worst of the populist backlash by keeping the financial reform bill toned down — well considering that, and considering the fact that even bankers ought to occasionally take the long view and understand that better rules might be in their enlightened self interest, you’d think they could restrain themselves a bit. But no. I guess there’s a reason that their nickname is Big Swinging Dicks.