Edmund Andrews isn’t impressed by Alan Greenspan’s remarkably strained efforts to find a reason, any reason, that government spending needs to come down now now now. However, he 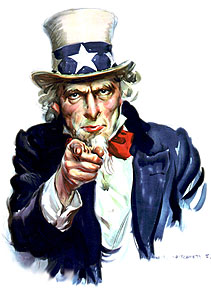 also isn’t impressed by Paul Krugman’s counter-insistence that German leaders are nuts to be worried about a (so far) nonexistent market reaction to increasing debt levels:

But the German fiscal hawks aren’t crazy. The markets can panic, without much warning in advance, just as they did about Greece and to some extent the euro-zone itself. No one knows where the tipping point between acceptance stops and panic kicks in. But there’s also no dispute that deficit and debt levels are in uncharted territory in the U.S. and in Europe. Nobody knows whether they will get back to sustainable levels or how long it will take them. Nobody knows what the bond markets’ tolerance will be like, or how all the moving parts will interact with each other.

….We need insurance. We need to plan for the possibility of getting our next move wrong. I agree with Calculated Risk that Greenspan is flat wrong about the need to slam the brakes on spending right now. But we need to recognize that there’s a non-trival risk of a bond-market rebellion.

For the record, I pretty much agree with Andrews’s ultimate judgment: “If I were king, the plan would allow for another round of stimulus spending but call for real belt-tightening around 2015.” And he’s right when he says that sometimes markets can go nuts very suddenly and without warning.

Still, anyone taking the position that this is a genuine risk for the U.S. needs to answer a question: where are panicked markets going to go? If investors suddenly decide that Germany and the United States are poor risks, what’s their alternative? Developing countries? Not if you’re worred about risk. China? Not a convertible currency. Japan? Interest rates are close to zero. Switzerland? Too small. Etc. It’s one thing for rates to gap out against a country like Greece as investors flee to quality, but they won’t gap out against the United States unless there’s someplace better for money to go. And there really isn’t unless our fiscal position deteriorates substantially and everyone else’s fiscal position improves. On a global basis, what matters isn’t a country’s absolute fiscal position, it’s a country’s fiscal position compared to everyone else.

So a sudden panic directed at the United States or Germany is pretty unlikely in the short to medium term, and that means, for now, that we have a fair amount of leeway for fiscal stimulus if we’re smart enough to take advantage of it. As Brad DeLong says, “The obvious policy is the long-term debt neutral stimulus: spending increases and tax cuts for the next three years, standby tax increases with triggers and spending caps with triggers thereafter, all calculated to guarantee that the debt is no larger ten years from now than in the baseline.”