The fact is, Al Qaeda’s abilities to execute Grand Guignol-kind of attacks appears to be nil. There have been plenty of opportunities over the past five years for AQ to launch the kind of attack that would put fear into the heart of the West — the 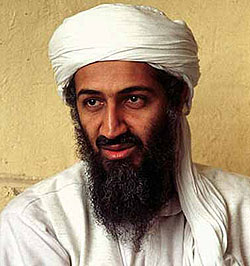 USA-England World Cup match, most recently — and there’s been nothing.

….Isn’t it time that some rational cost-benefit analysis was applied to counter-terrorism policies? In a world where “The [defense budget] gusher has been turned off, and will stay off for a good period of time,” isn’t it time for political leaders to argue in favor of resource retrenchment, even if it increases the probability of a successful attack just a smidgen?

Now, Panetta also said that “the main location of Al Qaida is in tribal areas of Pakistan,” and ABC’s Jake Tapper, for some reason, failed to follow up on that. Still, their overall numbers are probably pretty small even with Pakistan included, which suggests that we’ve basically won our war against al-Qaeda. So why not continue harrassing them in the various tribal areas with drones and special ops, but otherwise cut back substantially on counterterrorism and use the money on other things? Good answers welcome.