I figure Mark Halperin is useful for letting us know what the current DC conventional wisdom is, and today he says that the business community’s love affair with Barack Obama is over. To be honest, I thought it was over sometime around January 21st of last year, but what do I know? In any case, Halperin writes that not only do the nation’s CEOs hate the White House, but things are still going downhill:

The President’s current priorities are all liable to make a now bad relationship that much worse. The financial regulation bill is viewed as a typically ignorant Washington overreach. The ongoing efforts to deal with the BP spill are seen as 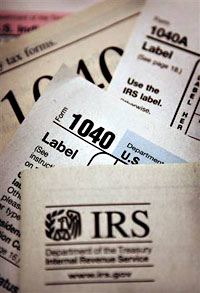 proof that Obama is an incompetent manager and serial scapegoater of large corporate interests. And the attempt to use the Gulf crisis to revive the stalled effort to get Congress to pass major energy legislation appears to many business types as a backdoor gambit to raise taxes on corporations, mom-and-pop enterprises and consumers.

Even by bizarro standards I don’t get the “scapegoater of large corporate interests” thing at all. Is the business community upset that Obama is blaming BP for a blowout at BP’s oil platform? Or what?

But forget that. The other two items suggest a way to take those business lemons and make lemonade out of them. Here’s my idea: Obama should propose that the corporate income tax be abolished completely, to be replaced by a carbon tax and a financial services tax. And then sit back and see what happens.

Here’s the pitch: corporate income taxes are a drag on businesses and are ultimately paid by consumers anyway. That’s bad. Conversely, a tax on carbon would reduce our oil use and spur energy efficiency. That’s good! Likewise, a tax on financial transactions would reduce speculative volatility and help stabilize the financial sector. Also good! So we’d trade one bad tax for two good Pigovian taxes.

What’s more, although receipts from the corporate income tax are down right now thanks to the recession, within a couple of years they should be back up to around $400 billion a year. A financial services tax is probably worth around $100 billion a year, give or take, and that means we’d need a carbon tax of around $300 billion to keep everything revenue neutral. This is far higher than anything we could dream of without the grand corporate income tax bargain and holds out hope of being big enough to actually make a difference.

Am I serious about this? Why not? Everyone should love it. Taxing carbon and financial speculation is a lot more useful than taxing business activity, and I imagine the boffins on the appropriate committees could figure out ways to keep the distributional impacts fairly small. And getting rid of the corporate income tax would not only make business owners deliriously happy (or should, anyway), but it would remove forever Congress’s ability to provide quiet subsidies and corporate welfare handouts for their buddies. Conventional wisdom says that the corporate tax code needs to be seriously overhauled every few decades, but why bother? Why not get rid of it altogether instead?