As you may recall, one of the best known studies of healthcare costs, and one that got a lot of attention over the past year, is the Dartmouth Atlas of Health Care, which shows, for example, that although patients in Miami get a lot more healthcare than people in Minnesota, and they get it a lot more expensively, their health outcomes aren’t any better. 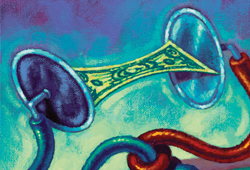 This suggests that there are lots of possibilities out there for cutting back on healthcare costs without impacting the quality of care.

Last night I came across a New York Times article that questioned whether the Dartmouth folks had really proven anything at all. But lazy bastard that I am, I got this far and then just gave up:

But the real difference in costs between, say, Houston and Bismarck, N.D., may result less from how doctors work than from how patients live. Houstonians may simply be sicker and poorer than their Bismarck counterparts. Also, nurses in Houston tend to be paid more than those in North Dakota because the cost of living is higher in Houston. Neither patients’ health nor differences in prices are fully considered by the Dartmouth Atlas.

WTF? This stuff has been controlled for endlessly, and the Dartmouth data still holds up. But I was tired, so I went to bed instead of posting about this. However, other, more energetic people have now taken the trouble to lay out the evidence, so let’s review. Here’s one of the co-authors of the Dartmouth study explaining their work a year ago in the New York Times (!):

It is true that some regions of the country experience more illness than others, and of course sick people spend more on health care. To deal with this bias, the Dartmouth group has compared expenditures and frequency of treatment across regions for people with similar diseases. The most extensive study compared spending across regions using a variety of cohorts such as people who had suffered a hip fracture or heart-attack patients. This study examined people who were equally sick, whether they lived in Louisiana or Colorado. The researchers further adjusted for any differences in patient income, race, and prior health. They still found gaps of up to 60 percent in spending among regions.

And here, via Brad DeLong, is David Cutler, who was quoted in support of the writers’ point that “failing to make basic data adjustments undermines the geographic variations the atlas purports to show”:

Bottom line: all the “data adjustments” the Times reporters talk about have, in fact, been done. Researchers at Dartmouth and elsewhere have controlled for price levels, for demographics, and for differing rates of sickness, and their results largely hold up. There are big variations in cost that have very little impact on quality of outcome. In the end, then, the authors of the Times piece end up with almost nothing. By the time their piece is done, they’ve basically only got two things left. First, the Dartmouth researchers admit that, on occasion, they might discuss their findings more broadly than they should when they’re talking to a lay audience. Second, there are individual bits and pieces of their dataset that other researchers have disputed. Just as there are with any large, complex dataset.

In other words, there’s no there there. The Dartmouth research is not the be-all-end-all of healthcare research, but its basic conclusions are extremely robust and have been confirmed over and over. Why the Times chose to pretend otherwise is a mystery.

POSTSCRIPT: The Dartmouth researchers respond to the Times here.