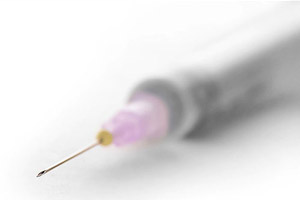 A whooping cough epidemic has broken out in California, which is now facing what could be the largest outbreak of the contagious disease since 1958. Over 900 cases have been confirmed in the state—more than four times as many as last year—and 600 suspected cases are being investigated. The highly contagious disease can be deadly to infants—five have already died from the disease this year in California—but it’s eminently preventable through vaccination.

Officials are still investigating the causes of the outbreak, but some have already suggested that the anti-vaccine movement could be at least partly to blame. “California is the epicenter of vaccine refusal” in the United States, said Dr. Blaise Congeni from Ohio’s Akron Children’s Hospital, according to an ABC News story. While California requires that children be vaccinated from whooping cough before they attend school, “the requirement is waived if parents file a ‘personal belief exemption’ (PBE), which need not be based on religion or medical necessity,” the story continues. And some parents have been flocking to join the vaccine refusalists. ABC News cites Ken August, spokesman for the California Department of Public Health:

He said that the overall rate for PBEs among the state’s roughly 7,200 schools is about 2 percent.  But rates are much higher in some schools. Records for 2009 indicated that close to 175 schools had PBE rates of 20 percent or more. A few had rates above 70 percent.

Researchers have found that vaccination rates of at least 93 percent are needed to ensure so-called herd immunity against pertussis, which prevents the disease from spreading quickly to unvaccinated individuals.

Fears about vaccines are nothing new, but they’ve been revived in recent years by anti-vaccine crusaders who’ve junked science in favor of medical myths and conspiracy theories. In the US and abroad, they’ve popularized the notion that vaccines cause autism and that whooping cough is not actually fatal, among other falsehoods. There’s also the tireless conservative argument—promulgated by folks like the Eagle Forum’s Phyllis Schlafly—that government-required vaccines infringe upon individual liberty.

The claims by leading anti-vaccine activists have been thoroughly debunked. The US Court of Claims, for example, ruled last year that there was no substantive evidence to support the autism-vaccine link. The main researcher behind the claim, British doctor Andrew Wakefield, has been completely discredited and even stripped of his medical license.

But there’s still reason to be concerned about the damage that the movement may have already done. Vaccine-phobia has gripped towns like Boulder, which in 2002 had the lowest school-wide vaccination rate in Colorado—and “one of the highest per capita rates of whooping cough in the United States.” And now children in California are dying of a disease that should have been made obsolete by the 21st century. If vaccine refusals are indeed behind the current epidemic, California needs to figure out the real reasons that parents are putting their own children and others at risk.*

*Post has been updated with this new sentence to underscore the fact that the causes of this outbreak are still unclear.