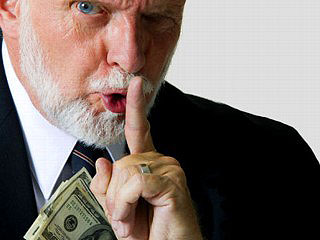 One of the thing that continues to surprise me about Washington, though it shouldn’t, is the extent to which those involved in the policymaking process think in terms of interests — almost exclusively. This is a direct reflection of the outsized influence interests have over the policymaking process (“the people” tend not to get all that involved), and it’s therefore easily understandable, but it’s also pretty pernicious. A politics that seeks to balance interests will consistently give short shrift to the goal of societal good. We can think about this in terms of trade: producing industries may want trade protections, which will be good for their concentrated interest but bad for the economy as a whole. These protections could hurt other industries that use imports as inputs, and which therefore mobilise opposition. Congress subsequently buys off the opposition with subsidies, leaving all interests happy and social welfare clearly reduced.

This is obviously not a new problem. James Madison wrote about it. Mancur Olsen wrote about it. Small, intense interest groups have an advantage over large, diffuse populations, and that advantage is probably multiplied by the modern technology environment, which makes it easier to quickly mobilize communities of interest than ever before.

Still, even taking that into account, it’s become worse, hasn’t it? Partly this is because the Republican Party has become almost purely driven by specific corporate interests, not free market principles writ large, while simultaneously convincing a lot of ordinary citizens that all these bennies they’re handing out are merely a sign of capitalism at work. Likewise, after the grim years of the 80s, Democrats decided their old interest groups were no longer enough to produce electoral victories, and decided they needed to become a party of big business too. That same technology environment that makes mobilization easier also makes campaigning more expensive, and with the skyrocketing growth in income inequality over the past 30 years, there’s really only one place to get the money you need to win office: rich individuals and rich businesses. Which are, to a considerable extent, the same things.

There are still plenty of other interests: abortion groups, gun groups, environnmental groups, and so on. But they’re all increasingly overshadowed by the rich as a catch-all interest group. The rich, ever since the mid-70s, have gotten ever richer, which gives them more power to push government policies that help the rich. This makes them richer still, which in turn gives them yet more power. Rinse and repeat. If the rich were a little brighter or a little more enlightened, this might not be a huge problem. But they aren’t.

The Romans said cui bono. Deep Throat said “follow the money.” Today neither one is really an adequate description. We need an update.