Senate Republicans are planning a new push for a balanced budget amendment to the Constitution when lawmakers return to Washington after the August recess.

….“In the last week there’s been a lot of movement in terms of Republican senators saying we need to press this issue,” said a Senate GOP aide. The amendment would bar the federal government 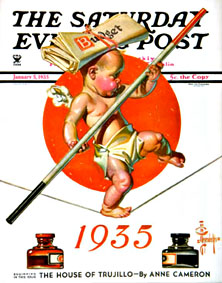 from spending more than it collects in revenues each year. It would also require a two-thirds majority vote in each chamber to raise taxes.

Put aside the fact that this is a spectacularly stupid idea that could only be supported by economic illiterates. That hardly matters, because the cosponsors admit they have no chance of passing it anyway. They just want some publicity.

Which is fine. That’s what politics is all about. But I’ve got two questions. First, even if it’s a publicity stunt, the press should give it coverage only if the sponsors are willing to propose an actual balanced budget to go along with it. Let’s see the cuts, boys. If they aren’t willing to go even that far, they should be ignored.

Second, why don’t Democrats do this kind of thing more often? Republicans, I think, tend to be so-so at long-term strategy but really good at lobbing short term tactical hand grenades. So we get the New Black Panthers one week, followed by the Ground Zero mosque and Shirley Sherrod and birthright citizenship and Michelle’s vacation in France and now a balanced budget amendment. All of these things eat up oxygen and keep Democrats off balance, and aside from the fact that they’re really destructive to civil society they’re probably pretty good for Republican electoral chances. So how come Democrats don’t do more of this kind of thing? It would be nice to think that we just refuse to take the low road the way Republicans do, but I kinda doubt that. Democratic consultants can sling smears and fears with the best of them when they have to.

So what’s the deal? Aren’t there plenty of bullshit memes available for liberals to throw onto the bonfire of public opinion? Or have I just missed them? What’s up?