In the Wall Street Journal today, a guy named Michael Fleischer has an op-ed making the entirely non-original point that when his company pays someone, say, $59,000 per year, that person actually takes home less than that (taxes, you see) while his total compensation costs are higher than that. This, of course, is not news. It’s what’s known to every HR person in the country as the “burdened cost” of an employee, and it’s always higher than the number on the offer letter. As a rule of thumb for middle-income employees, burdened cost is usually about 50% higher than nominal salary.

For some reason, Fleischer was trying to blame his unwillingness to hire new people on all this extra cost, even though there’s nothing new about it. He also complained 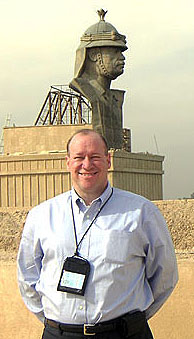 that someone has (apparently) held a gun to his head and forced him to provide health insurance for his employees. And finally, for reasons that are obscure, he blamed next year’s increase in his health insurance bill on Barack Obama. “A life in business is filled with uncertainties,” he wrote, “but I can be quite sure that every time I hire someone my obligations to the government go up. From where I sit, the government’s message is unmistakable: Creating a new job carries a punishing price.”

It was all very peculiar, but not really worth commenting on. It’s the Journal, after all. What do you expect? But guess what? It turns out that Michael Fleischer isn’t just some random small company president. He’s Ari Fleischer’s brother. You know, the Ari Fleischer who was George Bush’s former press secretary. You’d think even the Journal might think that worth pointing out. And there’s more! Michael, thanks to his White House connections, was one of the squadron of free market evangelizers who parachuted into Baghdad to privatize Iraqi industry after the war. We all know how well that went, which is probably what qualifies him to write op-eds about creeping Obama-ism for the Wall Street Journal.

But wait! There’s even yet more! Via John Cole, here’s a comment from a reader over at Outside the Beltway about Fleischer’s management prowess at Bogen Communications:

The fact is that if Mr. Fleisher’s company has to buy an extra box of paper clips it will cause them to go belly up. He’s in no position to hire anyone regardless of tax policy.

The reason Mr. Fleischer’s company isn’t hiring has nothing to do with taxes or the policies of any administration. It’s because his business has been in decline for a decade. As the CEO, that decline is his fault. All his complaining about taxes and benefits is just a smokescreen for his own incompetence.

Don’t take my word for it, read the balance sheets yourself. http://www.bogen.com/aboutus/financials/#historical

This is quite the trifecta for the Journal. And, yes, it’s not nice to be mocking poor Michael. Still, a guy with Bush White House connections who’s managed to screw up both privatization in Iraq and management of his own company during the most business friendly administration in recent memory — well, that’s the kind of guy I think deserves real estate on the Journal op-ed page. I’m glad the editors agree.