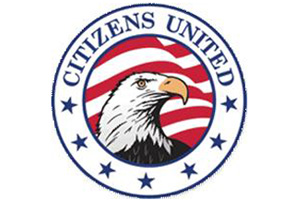 Last January, in the Citizens United case, the Supreme Court ruled that corporations were free to spend unlimited sums to support or oppose candidates for office. Eight months later, how’s that working out? Michael Luo and Stephanie Strom report in the New York Times:

Interviews with a half-dozen campaign finance lawyers yielded an anecdotal portrait of corporate political spending since the Citizens United decision. They agreed that most prominent, publicly traded companies are staying on the sidelines.

But other companies, mostly privately held, and often small to medium size, are jumping in, mainly on the Republican side. Almost all of them are doing so through 501(c) organizations, as opposed to directly sponsoring advertisements themselves, the lawyers said.

“I can tell you from personal experience, the money’s flowing,” said Michael E. Toner, a former Republican FEC commissioner, now in private practice at the firm Bryan Cave.

The reason the Times’ paints only an “anecdotal portrait” and Toner relies on his “personal experience” is that this new corporate money is increasingly being funneled through 501(c)(4) groups that aren’t required to disclose who their donors are. You can see the results at the Washington Post‘s running tally of campaign spending by interest groups: seven of the top ten spenders are Republican organizations, and they’re outspending Democrats by nearly two to one, much of it on ads specifically targeted against Democratic House and Senate candidates.

You think that’s not fueled by an increase in corporate donations? Then I’ve got a bridge to sell you. Take number 7 on the list, a group called the 60 Plus Association. Its spending has skyrocketed to nearly $6 million so far this year, and when Dave Weigel asked them where this tidal wave of new cash was coming from, they declined to say. But that kind of money doesn’t come from five-dollar donations from tea partiers. It comes from deep pockets — including, as Suzy Khimm reports, $400,000 from American Financial Group to Karl Rove’s new campaign spending group, American Crossroads, a contribution that wouldn’t have been possible before the Citizens United decision.

And all that money is showing up on the airwaves. Jonathan Martin of Politico reports that an internal Democratic spreadsheet has tallied up the spending so far, and the story is grim: as of this week, pro-Republican organizations had 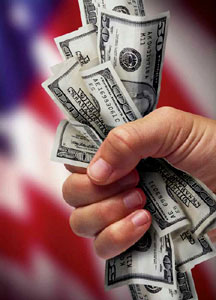 And what about liberal groups? Even in the best of times they have a hard time competing with corporate PAC money, but this year is even tougher. At the same time that Citizens United has opened the spigot even wider for Republicans, it’s run dry for Democrats. While Karl Rove and his buddies are hoovering up over $50 million for American Crossroads, liberal fundraisers are struggling with a base that’s dispirited and unhappy over failures on climate change and DADT and shortcomings on healthcare reform. Jim Jordan, who has started up a new group called Commonsense Ten that’s airing ads in Senate races, explains things crisply: “The progressive donor base has stopped writing checks,” he says.

And the future? Probably worse. Big publicly traded companies may still be staying on the sidelines this year to see how things shake out, but that’s not likely to last. As it becomes clear that corporate spending is here to stay, and efforts to force disclosure of corporate donations fail — such as the DISCLOSE Act currently before Congress — they’ll start jumping in too.

Which means that liberals had better get out of their funk and start supporting liberal causes and liberal candidates. Because it’s a sure bet that all those corporations newly empowered by Citizens United won’t be.