So what would a better security system look like for our airports? Several readers suggested “Israelification” — which initially struck me as problematic. It’s pretty intrusive, isn’t it? According to Rafi Sela, president of a global 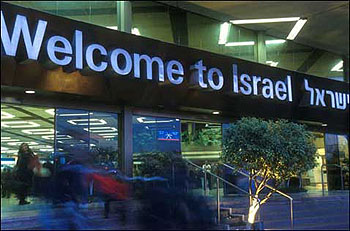 transportation security consultancy, no it’s not. The following summary, in an interview with Sela in the Toronto Star, describes the 6-layer security protocol Israel uses:

The first layer of actual security that greets travellers at Tel Aviv’s Ben Gurion International Airport is a roadside check. (1) All drivers are stopped and asked two questions: How are you? Where are you coming from? “Two benign questions. The questions aren’t important. The way people act when they answer them is,” Sela said. Officers are looking for nervousness or other signs of “distress” — behavioural profiling.

….Once you’ve parked your car or gotten off your bus, you pass through the second and third security perimeters. (2) Armed guards outside the terminal are trained to observe passengers as they move toward the doors, again looking for odd behaviour. (3) At Ben Gurion’s half-dozen entrances, another layer of security are watching. At this point, some travellers will be randomly taken aside, and their person and their luggage run through a magnometer.

….You are now in the terminal. (4) As you approach your airline check-in desk, a trained interviewer takes your passport and ticket. They ask a series of questions: Who packed your luggage? Has it left your side? “The whole time, they are looking into your eyes — which is very embarrassing. But this is one of the ways they figure out if you are suspicious or not. It takes 20, 25 seconds,” said Sela.

….(5) At the check-in desk, your luggage is scanned immediately in a purpose-built area….The screening area is surrounded by contoured, blast-proof glass that can contain the detonation of up to 100 kilos of plastic explosive [and] all the screening areas contain ‘bomb boxes’. If a screener spots a suspect bag, he/she is trained to pick it up and place it in the box, which is blast proof. A bomb squad arrives shortly and wheels the box away for further investigation.

….(6) You now finally arrive at the only one which Ben-Gurion Airport shares with [U.S. and Canadian airports] — the body and hand-luggage check….It’s fast — there’s almost no line. That’s because they’re not looking for liquids, they’re not looking at your shoes. They’re not looking for everything they look for in North America. They just look at you,” said Sela. “Even today with the heightened security in North America, they will check your items to death. But they will never look at you, at how you behave. They will never look into your eyes … and that’s how you figure out the bad guys from the good guys.”

Of course, Israel has one smallish airport to worry about, not dozens of huge ones, and it’s possible that their system can’t be scaled up adequately to work in the United States. Also, although Sela doesn’t really mention it, Israel engages in unapologetic and intrusive racial profiling, which simply wouldn’t pass constitutional muster in the United States. I don’t know how much of a difference that makes, or whether you could import the Israeli system without it. (It’s worth noting too that TSA does use behavioral profiling in a program called SPOT — Screening of Passengers by Observation Techniques. However, it got a pretty negative review from the GAO earlier this year. Whatever it is that SPOT is doing, either it’s not the same as what the Israelis do or else we just don’t do it very well.)

Anyway, I’m not endorsing anything in particular here. But I asked earlier for a better airport security plan, so I thought I’d pass along one possible answer. At least if we have the alternatives on the table we have something more to talk about than just the idiocy of the 3-ounce container rule.