I’ve had a couple of conversations this week with people, in Jerusalem and out of Jerusalem, that suggest to me that democracy is something less than a religious value for wide swaths of Israeli Jewish society. I’m speaking here of four groups, each ascendant to varying degrees: The haredim, the ultra-Orthodox Jews, whose community continues to grow at a rapid clip; the working-class religious Sephardim — Jews from Arab countries, mainly — whose interests are represented in the Knesset by the obscurantist rabbis of the Shas Party; the settler movement, which still seems to get whatever it needs in order to grow; and the million or so recent immigrants from Russia, who support, in distressing numbers, the Putin-like Avigdor Lieberman, Israel’s foreign minister and leader of the “Israel is Our Home” party.

Even as someone who’s observed Israel only from an impersonal distance — it’s never been one of my hot button issues — I’ve watched the growing prominence of its extremist religious factions over the past decade with mounting apprehension. It’s telling 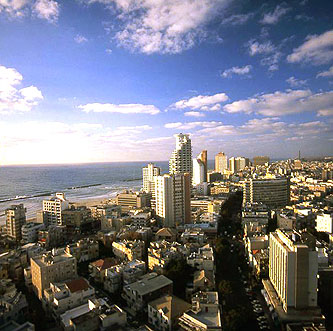 that an ardent Israeli sympathizer like Goldberg feels the same way, and even more telling that a full-blown Israeli zealot like Marty Peretz now apparently finds only a tiny part of the country truly agreeable:

The part of Israel that remains perfect to Martin Peretz is vanishingly small. But it does still exist, tangibly enough that you could trace its perimeter on a map of Tel Aviv: the ethnically mixed neighborhoods of Jaffa, the impeccably preserved Bauhaus downtown, the symphony halls and dance theaters, the intersections that still hold traffic, tense and honking, at 2:30 in the morning, the cosmopolitan sidewalk cafés that make real the old liberal dream. Peretz, the longtime owner and editor-in-chief of The New Republic, has been living here since October, and he reported recently that he has seen performances by the progressive dance company Pilobolus, the Cape Town Opera, and a Malian jazz group, which drew “a very hip crowd.” The sections of Tel Aviv he inhabits are so secular, Peretz says with relish, that in his first six weeks he saw exactly “eleven guys with Orthodox clothes. That’s it.”

….When he visits Jerusalem—“a very poor city”—he notices ultra-Orthodox boys running everywhere, and he disdains the sanctimony of the very religious and the “superpatriotism” of the Russian immigrants.

It’s very hard to see how this ends well. Ten years ago peace might still have been possible, but it remained tantalizingly out of reach — maybe because of Yasser Arafat’s intransigence, maybe because Bill Clinton just wasn’t able to broker quite a good enough deal. Who knows? But it hardly matters anymore. There’s no one left on the Palestinian side with the influence and clout to conclude a deal, and within a few years — assuming it’s not true already — the growing religious fundamentalism of Israeli culture and politics will make any deal impossible. Israel will finish its transformation into a Jewish Saudi Arabia and even the chimera of peace will disappear. Whether Tel Aviv survives as sort of a semi-tolerated Dubai-like entertainment zone in the middle of a grim and relentless theocracy is anyone’s guess. It’s all very, very sad, and I only wish that I had something more profound to say about it. Unfortunately I don’t. It’s increasingly hard to see even the prospect of any kind of reconciliation anymore.