With Republicans running the House, says Brad Plumer, new environmental legislation is dead. So whatever happens is only going to happen via EPA rulemaking. But that’s not going so well. For example, take a new rule that would limit toxic pollution from industrial boilers and solid-waste incinerators:

This isn’t just some abstract tree-hugging measure; it would arguably do more for public health than any section of Obamacare….(All told, the rule would have cost an estimated $6.4 billion each year while delivering between $138 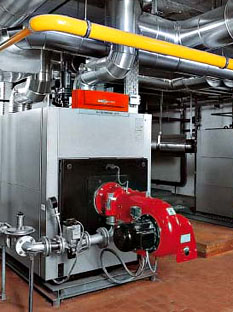 billion and $334 billion in annual health benefits — not a bad deal.) But the affected industries all griped that the costs were way too burdensome and buried the EPA in angry comments.

Now, EPA officials say they’re seeking a delay because all those comments made them realize that the air-toxics rule could be structured more carefully. That’s plausible. But it’s also true that the agency has been under excruciating political pressure of late. Nearly 100 lawmakers have complained about the boiler rules. The likely new head of the House energy committee, Fred Upton, has bashed the standards and is promising to drag EPA head Lisa Jackson in for enhanced interrogation. (Upton’s concern? The Council of Industrial Boiler Owners thinks the costs will be far greater than EPA is projecting. It’s worth noting that, historically, pollution rules tend to be cheaper than even the EPA expects.) And House Republicans will have a say in the agency’s budget going forward, so Jackson can’t just ignore them.

Yeah, I think it’s safe to say that industry complaints about the cost of this new regulation will, as usual, turn out to be wildly overblown. And Jackson’s caution in the face of a mountain of industry comments might simply be an attempt to make sure the new rule withstands court challenges after it’s implemented.

More broadly, though, Brad suggests that this rule is a harbinger: there’s plenty of other stuff coming down the pike, and EPA’s willingness to tackle the boiler rules aggressively will give us a good idea of whether they’re willing to tackle the rest of their agenda aggressively too. “It’s unclear,” he says, “just how hard the agency is willing to battle.” Read the rest for more.